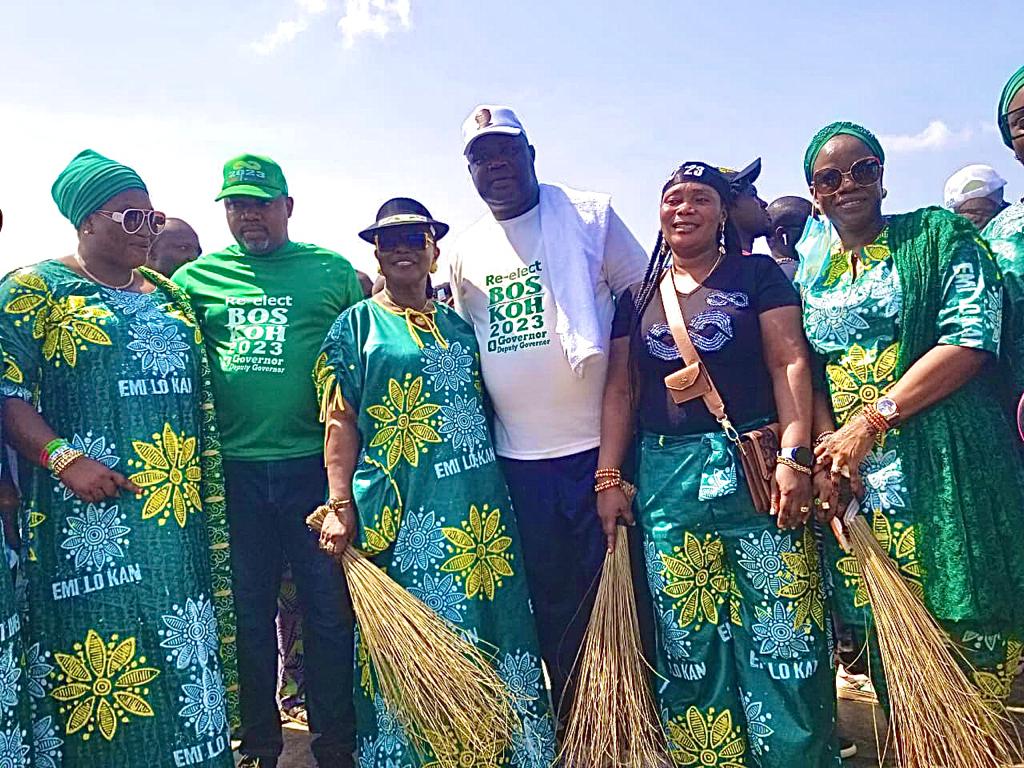 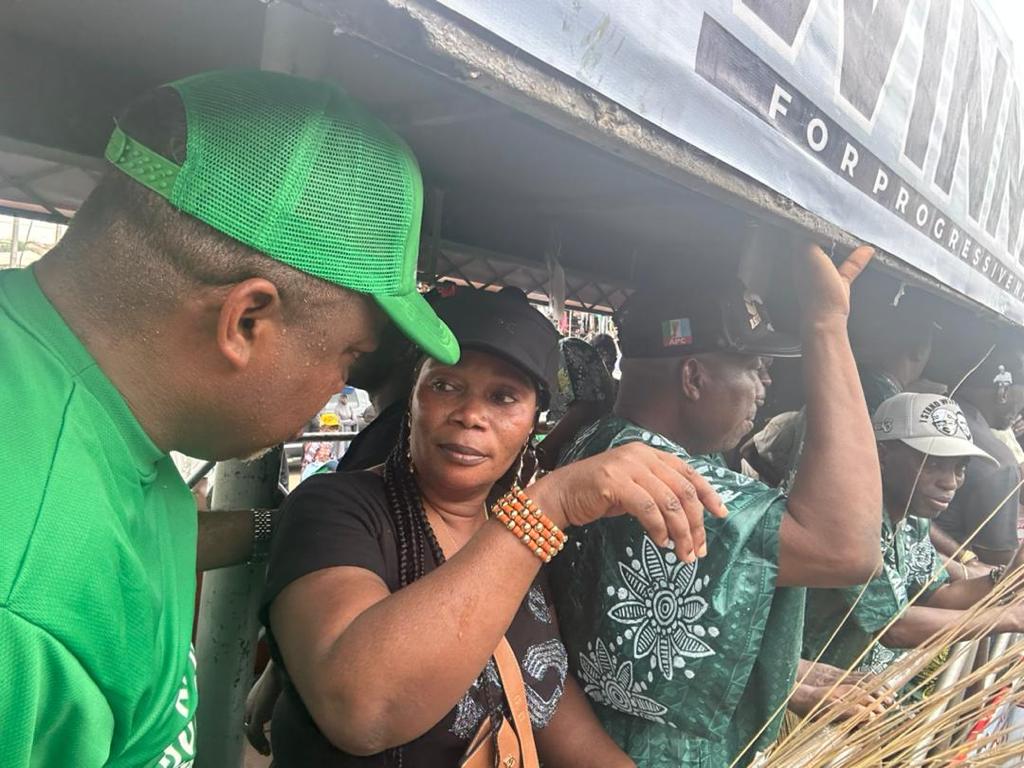 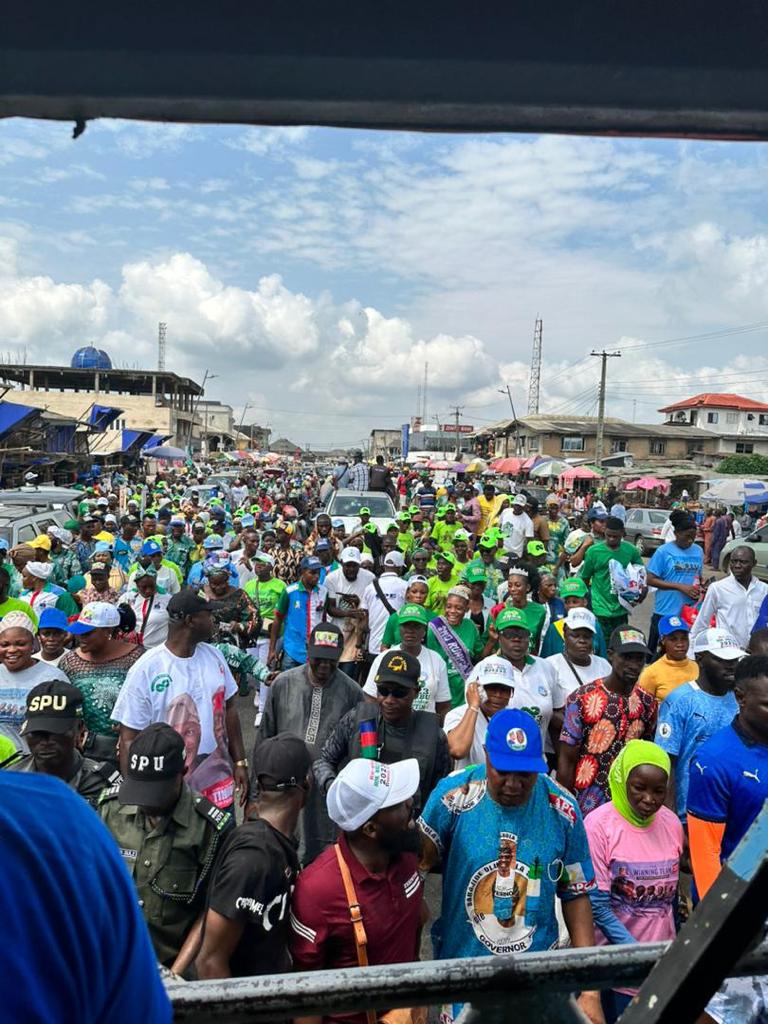 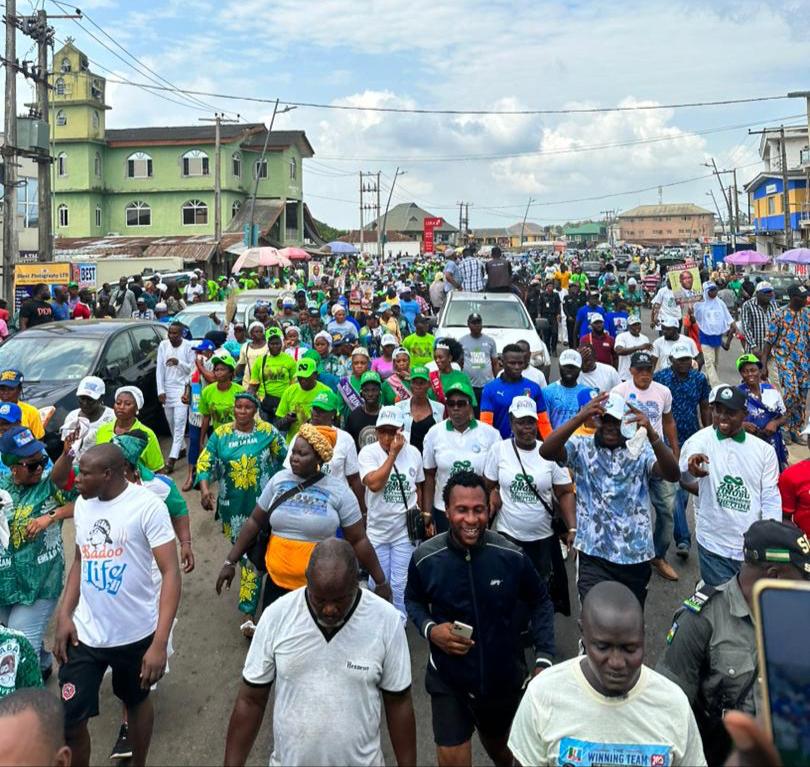 Members of the All Progressives Congress (APC) in Epe local government areas held a solidarity march in Lagos state on Thursday for Tinubu/Shettima presidential ticket and Sanwo-Olu/ Hamzat governorship re-election in the 2023 general election.

Animashaun stated that the rally was an initiative from the people of Epe, Eredo, and Ejinrin because of what the party’s presidential and governorship candidate has done in terms of project infrastructure in Lagos state, especially in the Epe community.

She added that from the massive participation of the people in the rally the people of Epe are ready and willing to vote for all APC candidates, especially Tinubu and Sanwo-Olu.

In his address, Abiodun Tobun, a member of the Lagos State House of Assembly representing the Epe constituency 1, said APC presidential candidate is the preferable candidate, adding that Tinubu is a visionary and has all the man stroke and professionalism to continue to develop Nigeria.

Tobun stated that in order to have all-inclusive and progressive governance from the federal to the local government the people need to vote for APC.

He noted that the party’s achievements are monumental, noting that over the years the party has demonstrated a progressive government in terms of all infrastructure and social amenities across Lagos state and Nigeria.

He said; “we are going in line with the agenda of the progressive team as laid down by our national leader, President Muhammadu Buhari, and Bola Ahmed Tinubu. it cuts across all infrastructure and social amenities; good road network, good health facilities, education, human capital development, youth empowerment, and women development,”

“Progressive government should be voted for across the board from the president, governor, senator and house of representative and the house of assembly then we can have all-inclusive governance from the federal to the local government.”

Lawmaker Oluwadahunsi Ogunkelu, a member of the Lagos State House of Assembly, Epe Constituency II, called upon all members and non-members of APC to come out in mass to support and vote for the lagos state governor in his reelection and the party presidential candidate.

TikTok Is For 13+; TikTok Safety Measures