For a lot of people, success happens when you least expect it. While for others, it happens just when you plan it to. However, one thing is common with everyone associated with success 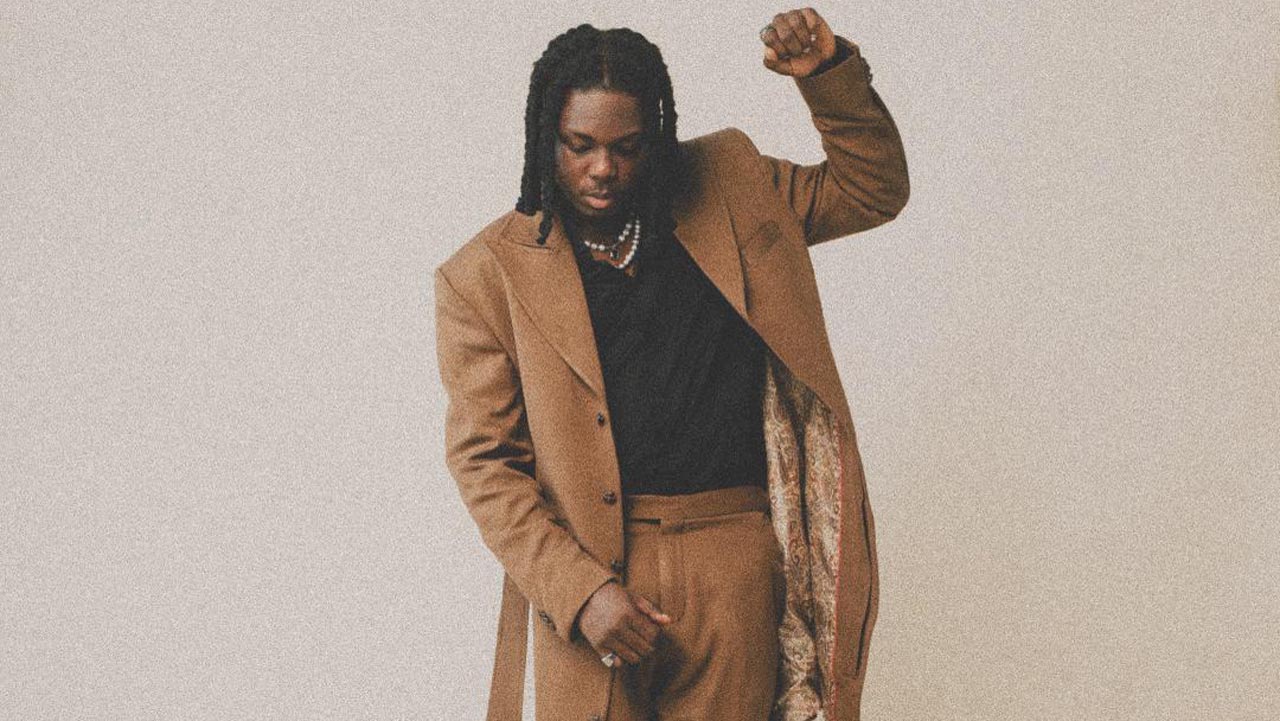 For a lot of people, success happens when you least expect it. While for others, it happens just when you plan it to. However, one thing is common with everyone associated with success; you need to expect it, plan for it, and stick with the plan.

That’s exactly the situation with David Oladokun, professionally known as Bayanni, the new Mavin Records wunderkind whose determination and consistency took him from behind a drum set at church to acclaimed music charts across Africa.

For Bayanni, it would be impossible to forget December 22, 2019, when that fateful Sunday morning, the Mavin Records mastermind, Don Jazzy, reached out to him after watching his freestyle videos for hours on Instagram. That single message crystallised years of an enduring battle to stick with the music, despite being trained and tempted to pursue another path as a professional accountant.

And, upon his unveiling last weekend, it became a full circle moment for him. On the other hand, for the larger Nigerian music community, it was another exciting voice joining the euphony of breakout stars. It also became a muse for other aspiring musicians to persevere in their pursuits.

Nonetheless, Bayanni is not just striking for his interesting come-up story; as he demonstrated with his just-released self-titled debut, his halo shines brightest in his vocals and storytelling. Within the 4-tracker EP, the soft-toned singer drifts across mundane and profound themes on life and romantic love.

In the opening track dubbed, Family, his songwriting skills soar, while the adjoining bop, Body, demonstrated his laudable delivery as a vocalist, especially as a pop-leaning singer. While the EP felt too short, and a rather lighthearted attempt to imprint a strong first impression on new listeners, Bayanni’s debut also represented a clear mirror of potential into the singer’s brilliance as an artiste.

Having passed through the same incubator that funnelled other fine talents such as Ayra Starr, Magixx, Boy Spyce, and Rema, Bayanni shows significant promise of joining the blooming league of wavemakers in the Nigerian music scene.

In this Guardian Music special, the young musician shares his experience with fame, tracing his journey from the streets of Instagram where he collided with fate to the Mavin Records Academy; including his days as an undergraduate Accounting student; sharing intimate details of his creative process, his vision to make timeless music, and his versatility as a multi-instrumentalist, singer, and forex trader, among others.

How does it feel being ushered in at this time?
The love has been amazing, but the pressure is there too.

Tell us more about the pressure.
There is a lot happening at once; I am trying to process everything at once. I am getting used to some new things. Normally, I used to be the kind of guy that does not go out at night. However, for the past week, I have been going out every night and coming back early in the morning. I would still do interviews during the day. It is all new to me because I have been an indoor person for the past two years. I had been recording in the studio.

How did Don Jazzy find you?
He saw my freestyles on Instagram, back in 2019. At the time, I was posting freestyles back to back on Instagram. He saw one of them and came into my DMS at midnight on December 22, 2019.

He sent me a message. I didn’t see it until 5:30 am. I was thinking he wasn’t even going to see it, but when I sent a message he replied almost immediately. He told me to come to the studio. He played some beats and asked me to record with them. He heard one of the songs and loved it.

So, how much have you grown as an artist since then?
My music has evolved. My sense of reasoning has evolved.

So, is Bayanni your real name?
My real name is Oladokun Oluwafemi Abimbola Elijah. Apparently, I was going by another name before. However, when I got into Mavin Records, we had to come up with a stronger name that resonates with me.

My former name, which was Zhenoboy, was not something I was tied to; it was just a nickname I was given in school. Bayanni is of Philippine origin and it means a brave, fearless or determined person.

So, your confidence brought you to where you are now?
Not just confidence; it was also consistency and determination, and dedication.

Among these qualities, which was dominant in your career even before signing with Mavin Record?
Consistency. The day Don Jazzy messaged me, he told me that he was on my page for hours. He had checked my videos to see my consistency, and what I was doing on my own. He wanted to see the dedication I was putting into it. It was one of the things that made him reach out.

What was driving your passion at the time?
For me, I knew I was going to do music. I was born into a musical family. I had picked up musical instruments from age 7. It was a collective thing. My four brothers too were playing instruments. We played music together in church.

Even while in secondary school, I was rapping. When I was at Obafemi Awolowo University, I was still into music. Everyone supported me. I saw that I did music better than any other thing I was doing. So, I knew it was going to be music. There was no maybe or maybe not.

What were you studying at the University?
I studied Accounting.

Were you ever tempted to pursue a career outside music?
Were there moments I felt like I should not do music full-time? Yes. However, I was always determined to do music. Back then, I used to be a drummer in church. I was getting accolades for my singing and instrumentation that I was not getting from any other thing in my life.

There is something my mother always told me. She said, ‘focus on what you do best.’ Music was the thing I did best. I had coursemates that told me that I should consider joining the corporate world because we were about to graduate and it is not everyone that makes it in music. I was not rushing it, but I was determined and consistent.

How were you funding your music at those earlier stages?
My dad paid for my first studio session. I remembered telling him that I wanted to go to the studio to record something and he sent the money. My parents have been supportive. They knew that I was going to do music; they never hesitated to help me.

How do they feel about your new realities?
They had been praying for it for months and years. They keep on encouraging me; I have the best parents.

So, how did you hone your singing voice?
I did go for vocal lessons. I have been coached to sing right at the Mavin Academy. So, since then, I have been drilled, alongside other artists, to be more intentional about making music. There was a lot of development.

So, what would you say your music is all about right now?
Diversity. My music is inspirational, motivational, emotional and filled with love. I have songs for you to dance to, party to, feel good with, and others. This is the intro to Bayanni as a diverse artiste.

Which style would you prefer exploring the most?
It depends on the mood. There was this time that I had this ‘breakfast’ (breakup), and for like two weeks, I was just recording heartbreak songs. My A&Rs had to start telling me that it was enough.

Music-making is about the vibe I am feeling at the moment. However, I think I might actually enjoy exploring the loverboy side of me more.

Who do you see yourself likely to collaborate with soon?
I have a lot on my list. I would like to work with Olamide, Davido, Wizkid, Burna Boy, Tekno, Kizz Daniel, Fave, Tems, and all my label artists. I have a whole catalogue.

What do you consider your biggest strength as an artiste?
My strength would be my ability to be diverse, from my songwriting to my delivery.

What is your typical creative process?
Sometimes, ideas pop up in the studio. Some other times, it comes when I am in bed or in the shower. I just leave voice notes on my phone or scribble notes on my pad. Whenever I meet my producer, we build upon them.

So, what sides to fame are you actually enjoying the most?
Definitely, it is the love of people. I think the love they have for my music is genuine. The way they have been dancing to it, as well as the type of messages they send me, is encouraging.

I was at the club and up to seven guys told me how much one of my songs, Family, meant so much to them. They said that it felt like I was speaking to them through that song. They came to meet me and took pictures. It is nice to see that what I took my time and heart to pour into music is making an impact on people and they can connect with the story.

So, going forward, what is the vision for ?
I want to be known as the artiste that makes timeless music. The team and I are putting in the work. We have been working on Bayanni for a long time now. We are ready for the good things to come.

Firstly, I am a forex trader. Back in school, I was introduced to a similar course and I got curious about it. I picked it up and have been at it for six years now.

Secondly, I am a Chef. I can cook anything, as long as it is something I have cooked before. Lastly, I am a gamer; I love playing FIFA.