Because our leaders live by bread alone


As a minister of the word, I would like to preach today some words of life to our people, especially our duty bearers, our leaders that God has given onerous responsibilities to run Nigeria to the glory of His name. It has become clearer to the people of this country now that most of our dealers, sorry leaders at all levels have derailed and come short of the glory of God. But I believe the revelation and engrafted word of that same great God who opens a door that no man can shut that His mercy never comes to an end and His steadfast love for us never ceases: they are new every morning, great is His faithfulness. I mean here that I have no doubt that our father in heaven has a purpose for Nigeria He created to fulfil destiny as the world’s most populous black nation. And as the earth remains, seedtime and harvest time shall not cease for Nigeria. And no strange political meeting even in the heart of London can affect the purpose of God for a country that the whole of black race has been waiting for. Whether the enemies of Nigeria like it or not, the wickedness of the wicked concerning Nigeria shall come to an end sooner than later. How do I know that? It is also written that it will come to pass that when God is through with the purge of Nigeria, we will even seek diligently for the place of the wicked and we will not find it. That isn’t my word. It is the promise of the God of all creation who has been called upon to direct our noble cause. And so, let the wicked in Nigeria get this loud and clear again: when that same God shuts a door on the wicked, no man can open it. It isn’t my word. It is one of His promises for us. And no man is powerful enough to change that. So, I would like to preach to our leaders at all levels that they should embrace two constructs in the ancient words that are ever so true as Michael W. Smith testifies: that they should ask God to ‘teach them to number their days, that they may apply their hearts to wisdom’. More important in this homily today is the proverb of the Great Master that, ‘Man Shall Not Live By Bread Alone…’ This is the word of life, ancient word I would like us to learn from today. Yes ancient word that will save our nation from suffering and shame already staring and kicking us in the face. Remember the power of the ancient word as enunciated in a song by the iconic Michael W. Smith: 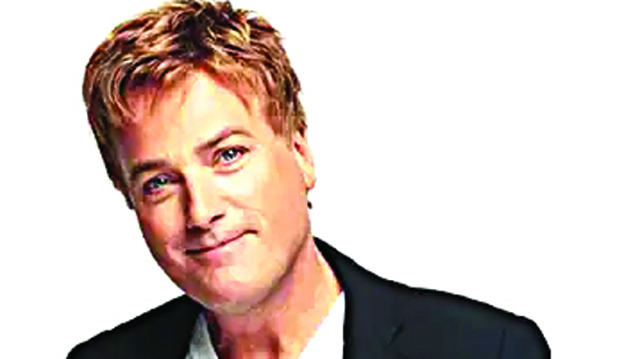 Holy words long preserved; For our walk in this world; They resound with God’s own heart; Oh let the ancient words impart….’

Brother Smith has thus assisted in telling us that only the ever-true ancient words that have been preserved for our walks in this wonderful world can change you and me. He says they are holy words of hope that can give us strength to cope in this world and the words are powerful enough to guide us home. Reason: the words that I want to rely on this day resound with God’s own heart. And so let all our leaders allow the ancient words to impart this morning so that we can have peaceful, free and fair elections that will enhance coherence for peaceful co-existence after the elections that are already threatening to further divide us. I want to preach therefore to our leaders to repent and desist from living by bread alone as the ancient words from the throne of grace have enjoined us. Yes, the Master was tempted by the satanic forces to bow to physicality and lose his mission and his spiritual essence.

The proverb ‘man shall not live by bread alone’ means that human beings need more than the simple necessities to keep them biologically alive. They need things that feed them mentally, spiritually, aesthetically, and they need things that give their lives meaning. Sadly, that is what our leaders can’t understand. They acquire only the food they don’t need and they keep for only their great grand children. They don’t even remember mental, spiritual and other needs for posterity. Our leaders have their bellies as their god. They are living by bread alone. They don’t remember weightier matters of the law, order and governance. They don’t serve humanity. They define democracy as government for the belly, for the their welfare and security but against the people they are elected and appointed to serve and provide security and welfare for. Here is the organic story of ‘Man Shall Not Live By Bread Alone…’

In the Book of Matthew, Jesus, while being tempted by the devil, rebukes him by saying, “‘Man shall not live by bread alone, but on every word that comes from the mouth of God.” Why did Jesus reply with this? He is actually quoting Deuteronomy 8:3, reminding the devil that we are to obey God, walk humbly before Him, and rely on Him and combat the need to satisfy the flesh. That is the only thing bread does – satisfy the flesh.
But is that where it ends? Not at all! This story goes deeper than that.

When Jesus was tempted by the devil to turn stones into bread, Jesus responded “Man cannot live by bread alone.” But he was not speaking so simply. He is a deep calling to the deep! It’s well known that bread is the most widely consumed food in the world. It’s an important source of essential carbohydrates for daily energy. But if it is so important, why would Jesus say man cannot live on it alone? The Master is speaking beyond the needs of the human body. He is referring to the needs of a human being as a whole, which consists of a body, soul, and spirit.

“It is the Spirit who gives life; the flesh is no help at all. The words that I have spoken to you are spirit and life”(John 6:63). What we should understand is that the devil wanted Jesus to satisfy his flesh. If the devil could strengthen the flesh, he knows it will weaken the spirit.

Jesus understood that the flesh does not profit. His response shows us that it is the spirit that matters. His words are spirit and life. As we live by physical food to sustain our bodies, we are called to also sustain our spirits with the word of God. Our leaders need to reflect on this message today: that they don’t need all the money they are storing for the need of their physicality. That attitude nurtured by their greed is the trouble with Nigeria. It isn’t about religion. It isn’t about Christian-Christian or Muslim-Muslim ticket we are quarrelling about. Jesus I just talked about didn’t come to impose religion. He came as a servant leader to save mankind through sacrifice and humility in fulfilling his mission on earth. He was powerful but humble to the point of death on the cross. He was poor that we might be rich. He once said, ‘birds have nests, foxes have holes but the son of man had nowhere to lay his head’. He had no house. Yet he went about doing good. He recruited a passionate terrorist Saul, changed his name to Paul who eventually wrote two-thirds of the New Testament of the Bible. He (Jesus) changed Paul for God’s sake, used a cabinet of 12 ordinary men to disrupt the world system till the present. He didn’t impose religion. What have our leaders in this part of the world done with their cabinets since 1999?

Let’s see another example of a man God also used to build where our leaders always hibernate these days, United Arabs Emirate (UAE). The man wasn’t a religious bigot. The man simply used his integrity to build the foundation of UAE. The good servant leader, Sheikh Zayed bin Sultan Al Nahyan was an Emirati politician, statesman, and philanthropist who served as the first president of the United Arab Emirates from 1971 until his death in 2004. He is credited as the founding father and the principal driving force behind the formation of the UAE, uniting seven emirates. Understanding the UAE is impossible without studying the life of Sheikh Zayed and his deep faith, his vision, his determination and hard work, his generosity at home and abroad and the way he devoted his life to the service of his people and the creation of a better world. He didn’t live by bread alone. His God wasn’t his belly. According to Mohammed Al-Fahim, author of ‘FROM RAGS TO RICHES: A STORY OF ABU DHABI:

In 1952, just when he needed every rupee he could lay his hands on to feed and clothe his own family, the Saudis offered him forty two million dollars to give up his fight against them and their claim on Buraimi.  It was an astounding amount of money – overwhelming to Sheikh Zayed who scarcely had one hundred rupees in his pocket at the time and less than a week’s supply of food in his palace. But because he believed in what he was doing and because he is a selfless man, he turned the bribe down proudly.  He told the Saudis he did not want their money: he was interested only in the welfare of his people and his homeland. No amount of money could buy his loyalty or change his determination to achieve a peaceful settlement giving the people of Abu Dhabi what was rightfully theirs.  The bribe was so incredible that it was registered in the ‘Guinness Book of World Records’ as the highest ever offered to anyone in the world.  Sheikh Zayed refused to sell out.  He stuck to his guns, and to his principles, maintaining that Al Ain and its environs were part of Abu Dhabi.  No amount of money could convince him to sell out.  His loyalty never was, never is, and never will be for sale.  He is a man of honour who stands proudly for what he believes in. Sheikh Zayed believed strongly that the revenues that were being generated as a result of the oil royalties should be used to develop Abu Dhabi. Why do Nigerian leaders love to fly to UAE for pleasure, business and children’s education without studying the biographies of great men who built the Emirate? Why do our leaders live by bread alone?

I believe we should continue next week with this contextual reporting of the biographies of great men who didn’t live by bread alone!

The world of a Queen