Cashless economy: Infrastructure is it

The President enumerated the benefits of the redesigned N1000, N500 and N200 denominations: new security features can make counterfeiting difficult, the possibility of better monetary policy objectives, enrich the collective memory of the country’s heritage, possibility of controlling the currency in circulation, reducing the hoarding of the big denominations and the cost of currency management.

For me the happy hour was the moment it was mentioned that the redesigned currency notes were produced and printed locally, evidence of the President’s faith in the promotion of local content. The notes were produced by the Nigerian Security Printing and Minting Plc (NSPM). Two issues are crucial here. It was stated at the forum that only four countries out of 54 African countries print their currencies in their countries. 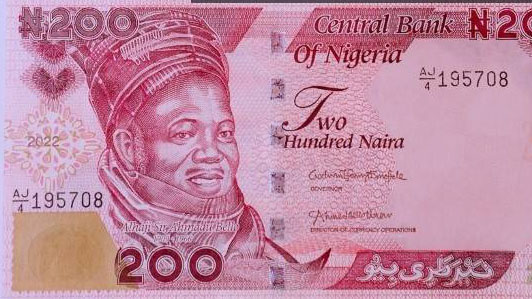 Nigeria is one of the four, something of pride, an indication that Nigeria still has some redeeming features. Secondly, this is happening at a time many Nigerian doctors, paramedical personnel and lecturers are leaving the country in droves for greener pastures abroad. They call it Japa, the desire to relocate abroad.

It was also revealed that by best practices currency notes are supposed to be redesigned every five to eight years but ours was redesigned almost 20 years ago. That may be partly why there are too many dirty and torn currency notes in circulation.

The new ones that may have been printed within the last 19 years are controlled by bank managers who sell them to agents who sell them to people who want to show off while spraying these notes stylishly on the faces and bodies of celebrants at birthdays, weddings, chieftaincy ceremonies and other meaningless social events.

As they spray and the notes fall on the floor and other sprayers whose turn it is to show off our marching these neat currency notes that are piling on the floor. The Central Bank says this obsession is illegal but it goes on every week interminably at various ceremonies.

For Nigerians having the newly redesigned notes will be a pleasure but they will not stay new for long and therefore will not give us pleasure for long. Most of the notes in circulation now are very dirty, as if they were passed through a dirt machine. Most of them are also torn as if they were passed through a malfunctioning shredding machine. A few days ago I was at a bank where the cashier was grappling with torn and dirty notes.

First, she had to separate the torn from the dirty. She wore a nose mask even though no one else in the bank was wearing it. Everybody thinks, falsely, that COVID-19 is dead but it is very much alive. The only difference is that doctors and even private persons now know how to manage it. Sorry for the digression.

The girl would take a bundle of the notes and slap it on her desk and as the dust was oozing towards me I had to fish out my mask and stick it to my nose. I didn’t want to swallow the dust. Then she would physically sort out the torn from the nearly torn and put the useable ones in the counting machine.

Often times they stuck to the machine and she would peel them off daintily from the machine with her painted fingernails. I watched with awe as she was doing a dirty job neatly. That was not an uncommon experience. It is the norm in most banks. If you don’t want them you can go home and starve. 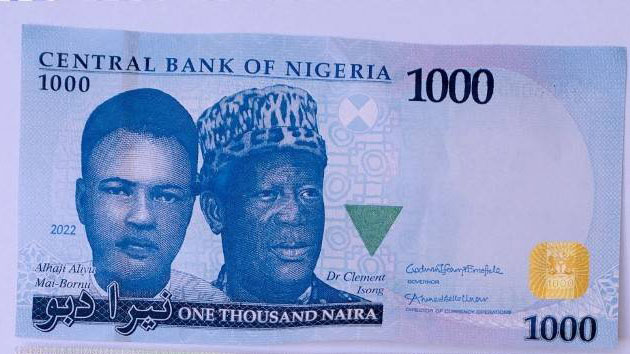 The CBN Governor has been harping on a cashless economy. It is beneficial. It stops you from being physically robbed. It may stop you from moving around with a lot of cash for transactions that can be easily done by punching four numbers. But take note that it will not stop many of the financial crimes that go on. Some robbers now move about with Point of Sale machines (POS). Kidnappers also have them for the payment of ransom. For a cashless economy to work seamlessly the infrastructure must be there.

For the 87 villages, there is only one police station with one Hilux vehicle and about 50 policemen. That is probably the situation in most local government areas located in rural areas. The Ibrahim Babangida government brought the idea of rural banking and the People’s Bank from South East Asia. They thrived there because there were appropriate infrastructure and their economies are better developed than the Nigerian economy.

The International Monetary Fund (IMF) says that Nigeria’s banks closed 234 branches and 649 Automated Teller Machines (ATM) in 2020 leading to a decline in the country’s Financial Access Score (FAS) to 4.44 in the year against 4.78 in 2019. The Fund disclosed this in its Financial Access Survey 2021 Trends and Developments.

The report also showed a decline in the number of registered mobile money agent outlets in the country from 145, 800 in 2019 to 129, 154 in 2020. The decline in those three areas shows the general decline in the economy and the access of people to these financial instruments through which a cashless economy can come about. Mr Emefiele said at the presentation of the newly designed currency notes that the world has moved away from predominantly cash to cashless economy.

That is correct, especially in the developed world but for us to key into this paradigm shift efficiently there must be the needed infrastructure. The two examples that the Governor mentioned where people cannot easily withdraw either 10, 000 dollars or 10, 000 pounds are the United States and Britain.

Why this works in these two countries because their economy is very developed and the infrastructure is there for the seamless operation of a cashless economy. In Nigeria, anyone who has used his ATM card at a shopping mall will tell you what he goes through most of the time. You may get a “declined” notice only to find out a little later that the money has been paid.

You then have to go to your bank, fill out a form and request for your money to be put back in your account. The other alternative is for the shopkeeper or cashier to go around the room and look for where service is better. The last alternative is for you and the cashier to turn yourselves into prayer warriors asking God or Allah for them to approve the transaction. I have had to do that a few times. Sometimes the prayer is answered; sometimes it is not. That is how these transactions go in Nigeria. I doubt whether that is the way they go in Britain or the United States.

The other factor to consider is that most of our small-scale farmers, traders and artisans are largely illiterate. A certain degree of education is needed to operate successfully in a cashless economy. Both the United States and the United kingdom have more than 95% literacy. You can say the same thing about most other European and Asian countries.

Nigeria is still a largely illiterate society especially among those who reside in rural areas. What this means is that a cashless economy that works seamlessly in Nigeria is still some years away because of some of the factors already mentioned. To a large extent, most city dwellers are already happy to flash their plastics in front of cashiers because that is evidence of being with it apart from the ease of transaction if everything goes right.

Something else that needs to be said is that the idea of a cashless economy is not a project that belongs to the Central bank only. The governments at the various levels must buy into it so that they can help in providing the infrastructure that can make its realisation possible in the foreseeable future.

The Central bank must emphasise this at every forum where it meets with Federal, State and Local Government officials. If they all do not buy into it, the CBN will merely be tilting at windmills even though the idea is good.

Aso Rock is not a sanatorium, Atiku was never Senate President

Agreements in property acquisition and development