Ian, an “extremely dangerous” Category 4 storm, was destined to affect several million people across Florida and in the southeastern states Georgia and South Carolina. 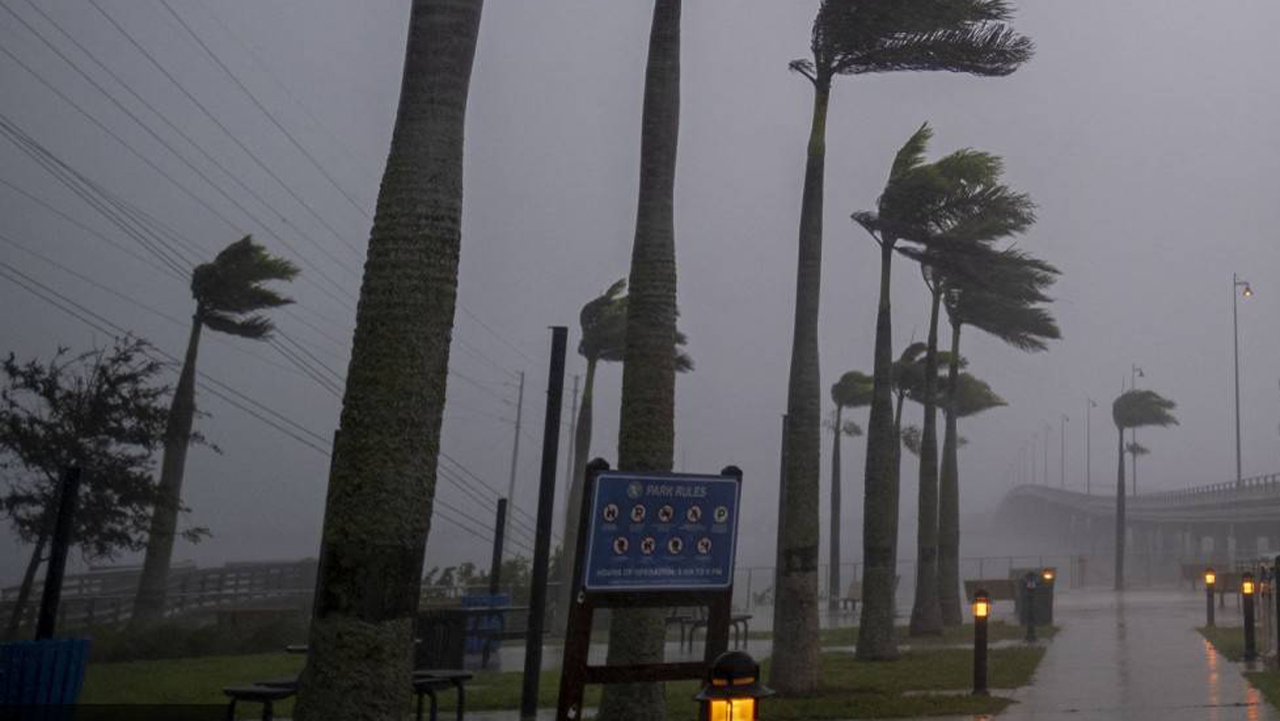 The storm was already “causing catastrophic storm surge, winds and flooding in the Florida peninsula,” the US National Hurricane Center (NHC) said in its latest advisory.

Ian could already have had deadly consequences off the coast as US Border Patrol said 23 migrants were missing after their boat sank. Four Cubans who survived swam to shore in the Florida Keys.

The NHC said Ian was bringing sustained winds of 155 miles (250 kilometers) per hour, just two mph shy of Category 5 intensity — the strongest on the Saffir-Simpson scale.

Some 2.5 million people were under mandatory evacuation orders in a dozen coastal Florida counties, with several dozen shelters set up, and voluntary evacuation recommended in others. 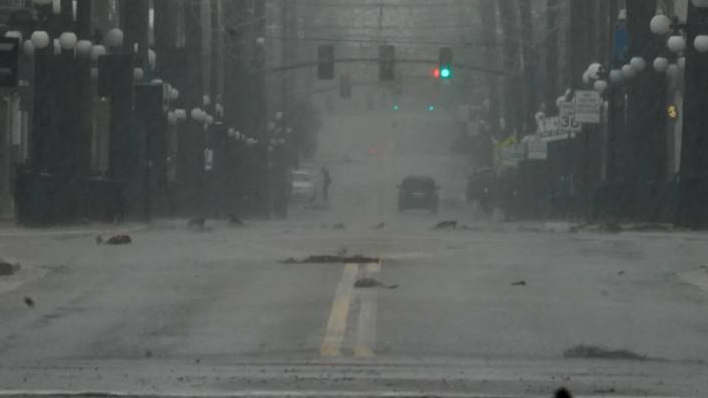 Wind and rain pick up in the Ybor City neighborhood ahead of Hurricane Ian making landfall on September 28, 2022 in Tampa, Florida. – Ian intensified to just shy of catastrophic Category 5 strength Wednesday as its heavy winds began pummelling Florida, with forecasters warning of life-threatening storm surges after leaving millions without power in Cuba. (Photo by Bryan R. Smith / AFP)

For those who decided to ride out the storm, authorities were stressing it was too late to flee and that residents should hunker down and stay indoors.

– ‘Major impacts‘ –
Airports in Tampa and Orlando stopped all commercial flights, and some quarter million households were already without power.

But that was a “drop in the bucket” compared with the outages expected over the next 48 hours, Florida Governor Ron DeSantis said.

“This is going to be a nasty, nasty day, two days,” he added.

“Clearly this is a very powerful major hurricane that’s going to have major impacts.”

With conditions rapidly deteriorating, some thrill-seekers nevertheless were seen walking in the mud flats of Tampa Bay and further south at Port Charlotte’s Charlotte Harbor, ahead of Ian’s arrival.

With up to two feet (61 centimeters) of rain expected to fall on parts of the so-called Sunshine State, and a storm surge that could reach devastating levels of 12 to 18 feet (3.6 to 5.5 meters) above ground, authorities were warning of dire emergency conditions.

“This is a life-threatening situation,” the NHC warned.

The storm was set to move across central Florida before emerging in the Atlantic Ocean by late Thursday.

– Widespread blackout –
Ian a day earlier had plunged all of Cuba into darkness after battering the country’s west as a Category 3 storm and downing the island’s power network.

Only a few people with gasoline-powered generators had electricity on the island of more than 11 million people.

“Desolation and destruction. These are terrifying hours. Nothing is left here,” a 70-year-old resident of the western city of Pinar del Rio was quoted as saying in a social media post by his journalist son, Lazaro Manuel Alonso.

– Rescue operation ready –
In the United States, the Pentagon said 3,200 national guardsmen had been called up in Florida, with another 1,800 on the way.

DeSantis said state and federal responders were assigning thousands of personnel to address the storm response, noting there were 250 aircraft, 300 boats and 1,600 high-water vehicles on hand for rescues and other critical operations.

“There will be thousands of Floridians who will need help rebuilding,” he said.

“This is going to be a storm we talk about for many years to come,” he said. “It’s a historic event.”

As climate change warms the ocean’s surface, the number of powerful tropical storms, or cyclones, with stronger winds and more precipitation is likely to increase.

The total number of cyclones, however, may not.

According to Gary Lackmann, a professor of atmospheric science at North Carolina State University, studies have also detected a “potential link” between climate change and rapid intensification — when a relatively weak tropical storm surges to a Category 3 hurricane or higher in a 24-hour period, as happened with Ian.

“There remains a consensus that there will be fewer storms, but that the strongest will get stronger,” Lackmann told AFP.

How to improve access to sexual, reproductive health services