The two teams are among the qualified teams for the quarterfinals of the yearly 10-day tournament, which began on September 7 and will end on September 17, 2022. 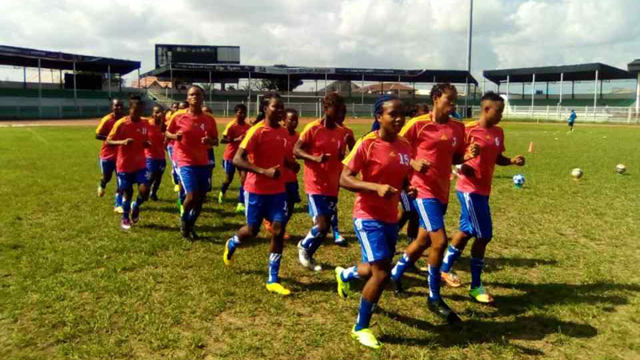 Others still in the battle for pre-season glory at the tournament are Royal Queens, FC Robo, Confluence Queens, Delta Queens and Sunshine Queens.

High-flying Edo Queens won Group B with six points to qualify for the quarterfinals, while Heartland Queens came second in Group D of the tournament with three points.

The much-anticipated match will be played at the University of Benin Sports Complex by 1.00 p.m.

In other matches of the quarterfinals today, Nasarawa Amazons will clash with Naija Ratels at the UNIBEN Sports Complex by 10.00 a.m., while Confluence Queens will battle with FC Robo by the same time at the Western Boys High School.

The quarterfinal match between Delta Queens and Royal Queens FC will hold by 1.00 p.m.

Meanwhile, Royaltoms Football Club of Lagos, Braveheart Ladies FC and Fortress Ladies FC of Benin have been presented with consolation prizes following their elimination from the competition at the group stage.

Presenting a cheque of N500, 000 each to the teams, Permanent Secretary, Edo State Sports Commission, Mrs. Sabina Chikere, commended their efforts and urged the players not to relent in their careers.

“You people have done well; I commend you for the spirit of sportsmanship. There is another opportunity next year at the third edition of the tournament where you will put in your best,” she said.