The family and friends of the late Popular highlife musician, Joseph Osayomore, last Saturday, gathered in Abuja to pay their last tribute to the legendary singer. 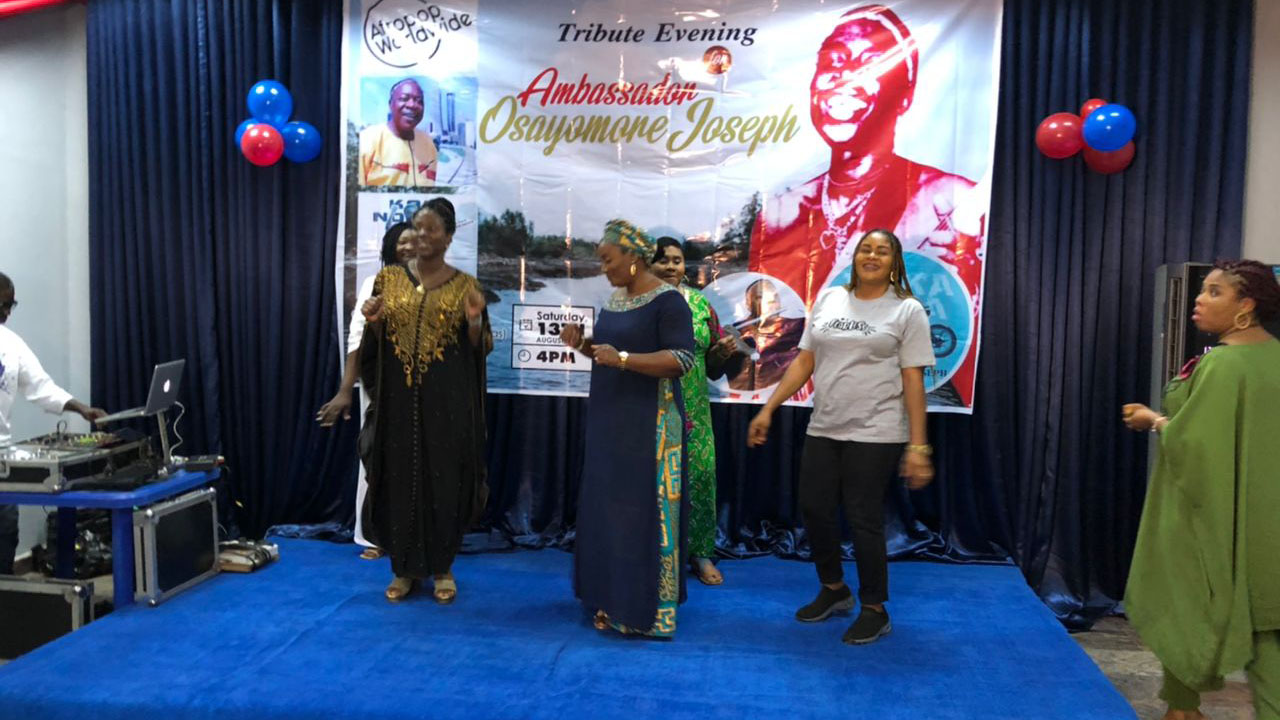 The family and friends of late Popular highlife musician, Joseph Osayomore, last Saturday, gathered in Abuja to pay their last tribute to the legendary singer.

Titled, Tribute Evening for Ambassador Osayomore Joseph, he was described by many as the king of highlife music who was popular, not just within his immediate Benin City, Edo State, but was well known across the country.

In fact, his music was said to have reached out to the uttermost part of the world.

Eulogizing the music genius , one Samson R. Osagie described Osayomore as a true reformer, a social critic and a man that cannot keep silent in the face of injustice and oppression.

According to Osagie, the late artist spoke his mind through his music “and we owe him a befitting tribute. I am here to commiserate with everyone.

He continued: “When I heard of his passing, I was deeply saddened just like all his fans around the globe.

“Osayomore was a versatile artiste, a man that cared about the people, our culture and our arts. He was close to me for years and kept me posted about his activities such as album launch or musical show.”

Osagie added that the musician’s contributions to the creativity industry of his home state were remarkable as well as transformational, stressing that Osayomore was a crucial voice in the pursuit to make the society a better place for everyone.

“Osayomore was a legend of his generation, who set the pace that should be globally emulated.

“He was a social crusader and his music was quite touching, especially in the struggle for the enhancement of women’s participation in governance.

“He was worried about the fact that traditions and customs did not allow women to have a taste of public affairs. His music generally touched on every aspect of human endeavours”, Osagie added.

The guests were entertained with the music of the artist, most of which were rendered in Benin language.