IPC FRC warns of famine in some parts of Somalia


The Integrated Food Security Phase Classification Famine Review Committee (IPC-FRC) has warned of famine in the Buur Hakaba and Baidoa districts of Southern Somalia this year between October and December.

The committee gave this warning during the release of its projection, stating that in the absence of an urgent increase in humanitarian assistance, famine is expected to occur.

The committee noted that America is gravely concerned by the stark forecast and by the outsized scale of humanitarian need throughout the country, primarily as a result of a historically unprecedented drought marked by four back-to-back failed rainy seasons.

According to them, more than seven million people are facing grave hunger, and many of them are facing outright starvation.

“Somalia is a country in which many families have yet to fully recover from the devastating effects of the COVID-19 pandemic, the last regional drought in 2017, or the last famine in 2011, leaving many households with few resources to confront the effects of the current drought. Vladimir Putin’s invasion of Ukraine has also significantly increased the cost of food, fertilizer, and fuel, exacerbating humanitarian needs across the region. 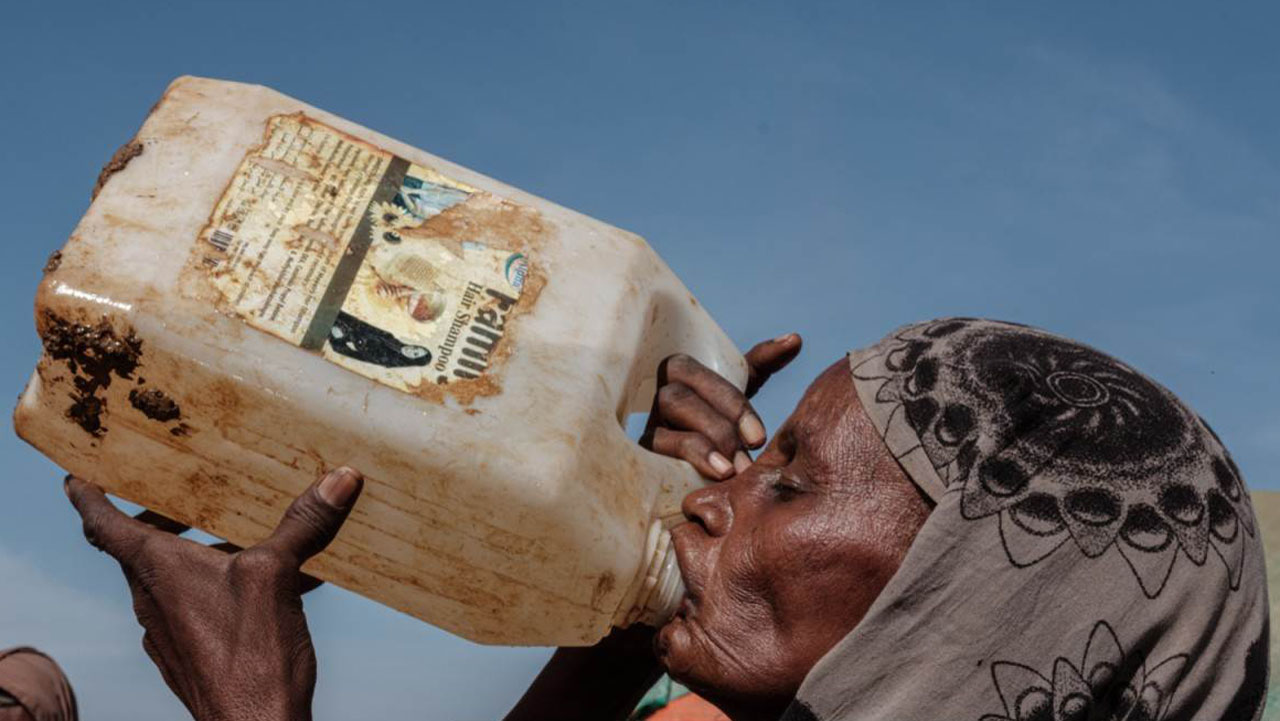 (FILES) In this file photo taken on February 13, 2022 Hawa Mohamed Isack (R), 60, drinks water at a water distribution point at Muuri camp, one of the 500 camps for internally displaced persons (IDPs) in town, in Baidoa, Somalia. – UN humanitarian chief Martin Griffiths warned on September 5, 2022, that Somalia was “at the door of famine” after being hit by four failed rainy seasons that have caused a devastating drought.<br />“Famine is at the door and we are receiving a final warning,” Griffiths said at a press conference in Mogadishu, saying famine was likely in two areas in south-central Somalia between October and December this year. (Photo by YASUYOSHI CHIBA / AFP)

“This famine projection does not have to come to pass. When another drought devastated Somalia in 2017, rapid international action helped to avert a famine.

Today, a significant increase in humanitarian assistance can still help prevent mass starvation and deaths. But the window to prevent this famine projection from becoming a reality is closing quickly and the next several weeks are critical,” the committee said.

It added that the World Meteorological Organisation recently reported new models that show with a high degree of confidence that they are entering the fifth consecutive failed rainy season.

Continued drought combined with catastrophic hunger, disease, and staggering displacement could condemn people in Somalia, who already find themselves in dire conditions to long-lasting human suffering and despair.

America is the single largest donor of humanitarian assistance to Somalia, representing over half of all humanitarian funding for the country in 2022.

USAID funding for drought in Somalia has been more than $668 million this fiscal year alone, and we are prepared to do more in the coming weeks to save as many lives as possible.

The committee said no single donor or government could solve the crisis alone, which is why they urgently called on all donors, both traditional and emerging donors to step up to help prevent mass starvation and deaths.

“Waiting for the famine is not an option. USAID believes that donors can have the most immediate impact by surging support to humanitarian partners already on the ground in the region, facilitating a scale-up of assistance to those who need it the most. We urge other donors to prioritise life-saving interventions within the key sectors of the drought response, including food assistance, nutrition support, vital health care services, access to water and sanitation, emergency shelter, and protection assistance for vulnerable people,” it said.

Protests across China as anger mounts over zero-Covid policy