I rejected governorship tickets of other parties to support Mbah, says Nnaji

An orange Bandana circles his head, tucking in his thick afro tightly with two long-knotted braids sticking out from the edges. His yellow ski glasses, rockstar finger rings, as well as netted sleeveless shirt are almost as striking as the synths that start the song. From a beachside to a nightclub, Teezee paints a perfect… 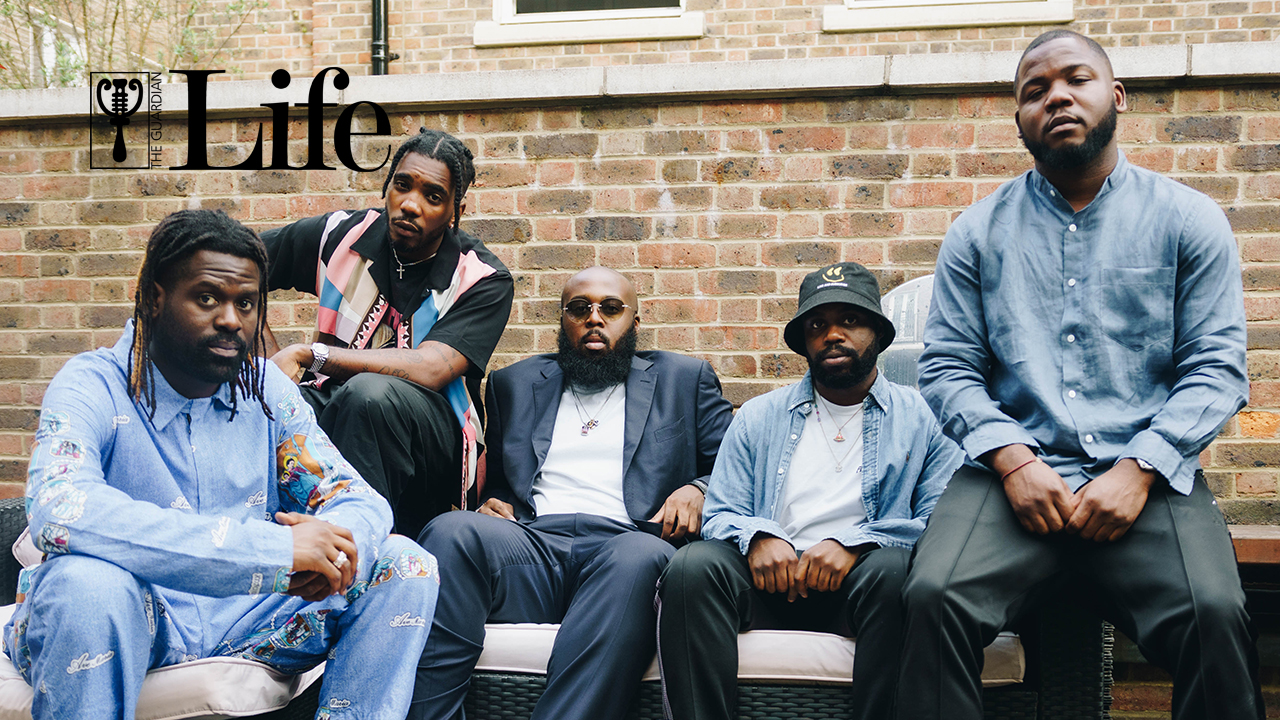 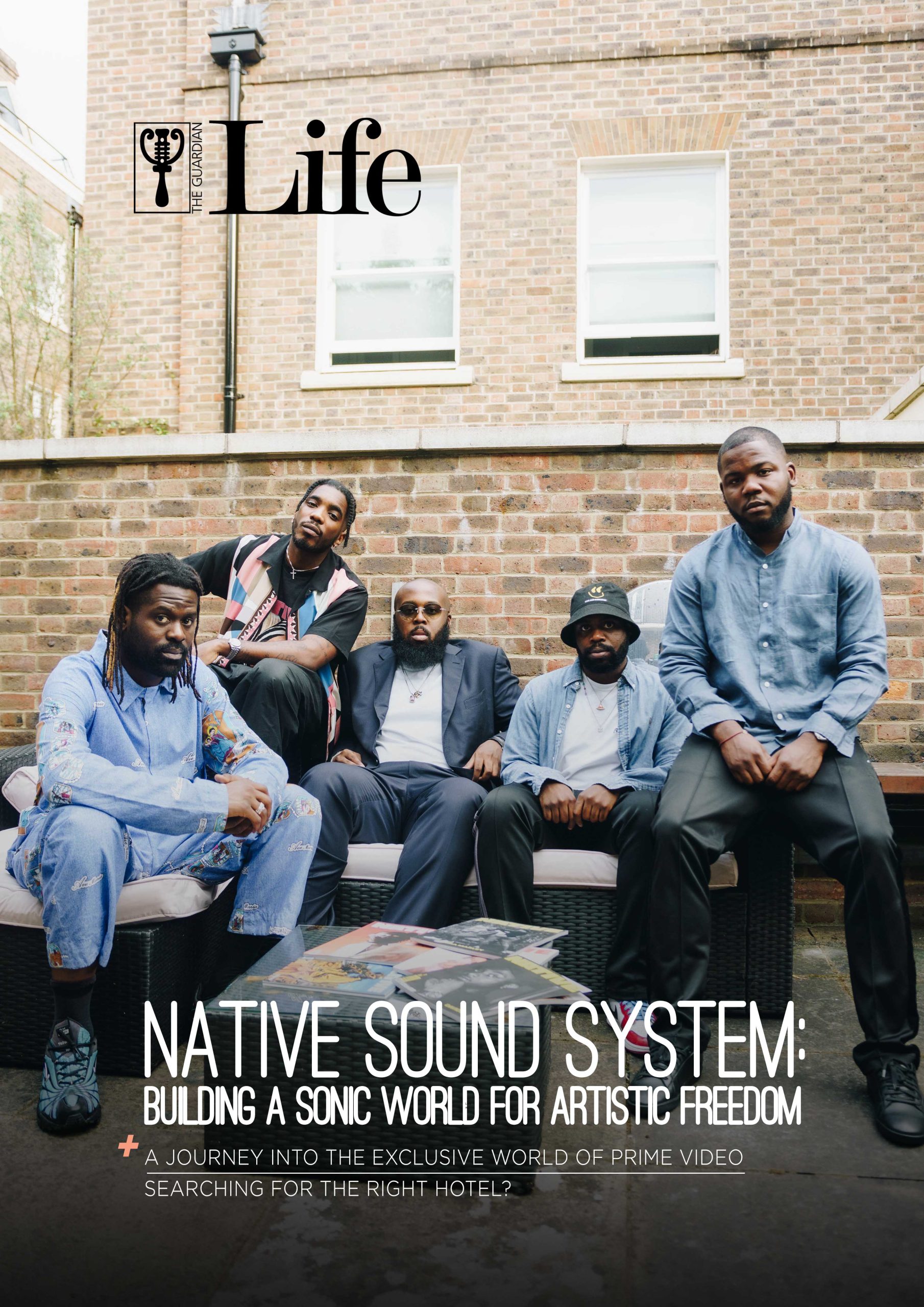 An orange Bandana circles his head, tucking in his thick afro tightly with two long-knotted braids sticking out from the edges. His yellow ski glasses, rockstar finger rings, as well as netted sleeveless shirt are almost as striking as the synths that start the song. From a beachside to a nightclub, Teezee paints a perfect portrait of what it means to be “alte” in his recently released music video for Do Me Jeje.

Like many others within his community, Teezee belongs to something larger than just the sound; Alte, a shortened form of alternative, is more of a philosophy, a paradigm, a culture that battery-powers a wave of radical, bohemian and ingenious art forms, from music to fashion, to film, and even the visual arts.

Now, Alte is silently shaping the sound of the mainstream music industry, influencing liberal-minded creatives towards unconventional approaches to their art. From the crude galala, konto, and pangolo pop-leaning sonics of the early 2000s and 2010s to the mellow, experimental Soul/RnB-leaning contemporary pop, the sound of every era in Nigerian music has been shaped by the radical, experimental, or “alternative” creatives in that generation. And with this current wave of musicians in Nigeria, Africa’s entertainment capital, the journey starts with a group of young mavericks known as the Native Sound System.

The birth of the term “Alte” (pronounced Al-teh) can actually be traced back to the mid-2010s, when the DRB Lasgidi trio coined the term. It began as a moniker for their type of music, then slowly it became the surname for their way of life, from fashion, to visual arts, architecture, and so on. For these pioneers, and, eventually, the entire Alte community, who are mostly Millennials and Zoomers, the Alte aura was apt for their eccentricities. It was a sensible way to explain how they are round pegs in square holes, and it was an incentive for the community to thrive.

With the early pioneers, from DRB Lasgidi, which is composed of three solo acts BOJ, Fresh L and Teezee; Lady Donli, Cruel Santino, Odunsi, among others, working hard at building a cult-following, as well as gaining virality from streaming platforms – which was actually a novel phenomenon in Nigeria, at the time – the Alte community started to soar. From there, Teezee, who had already begun to make waves in the fashion and visual arts scene, alongside his friend, A&R whiz Seni Saraki, began a media imprint dubbed, Native Mag, which has become one of the boldest global billboards of the Alte lifestyle.

Now, joining forces with their counterparts, DJ duo Addy and Sholz, they have taken another step in crystallising the growth of Alte music in Nigeria and around the world. And that step is the Native Sound System (NSS), a music production collective, propelling the Alte music scene towards towering popularity.

“A lot of people are more familiar with the Native Magazine and the Native Land festival, which are under the same company. The Native Sound System just started organically from that. Two of our co-founders Sholz and Addy are Disc Jockeys. They were always at every party and magazine launch. We naturally just morphed into this collective that not just only plays music, but produces music as well. It kind of snowballed into us making our forthcoming album with a bunch of our friends, in Lagos, and everywhere in between,” Seni Saraki said. 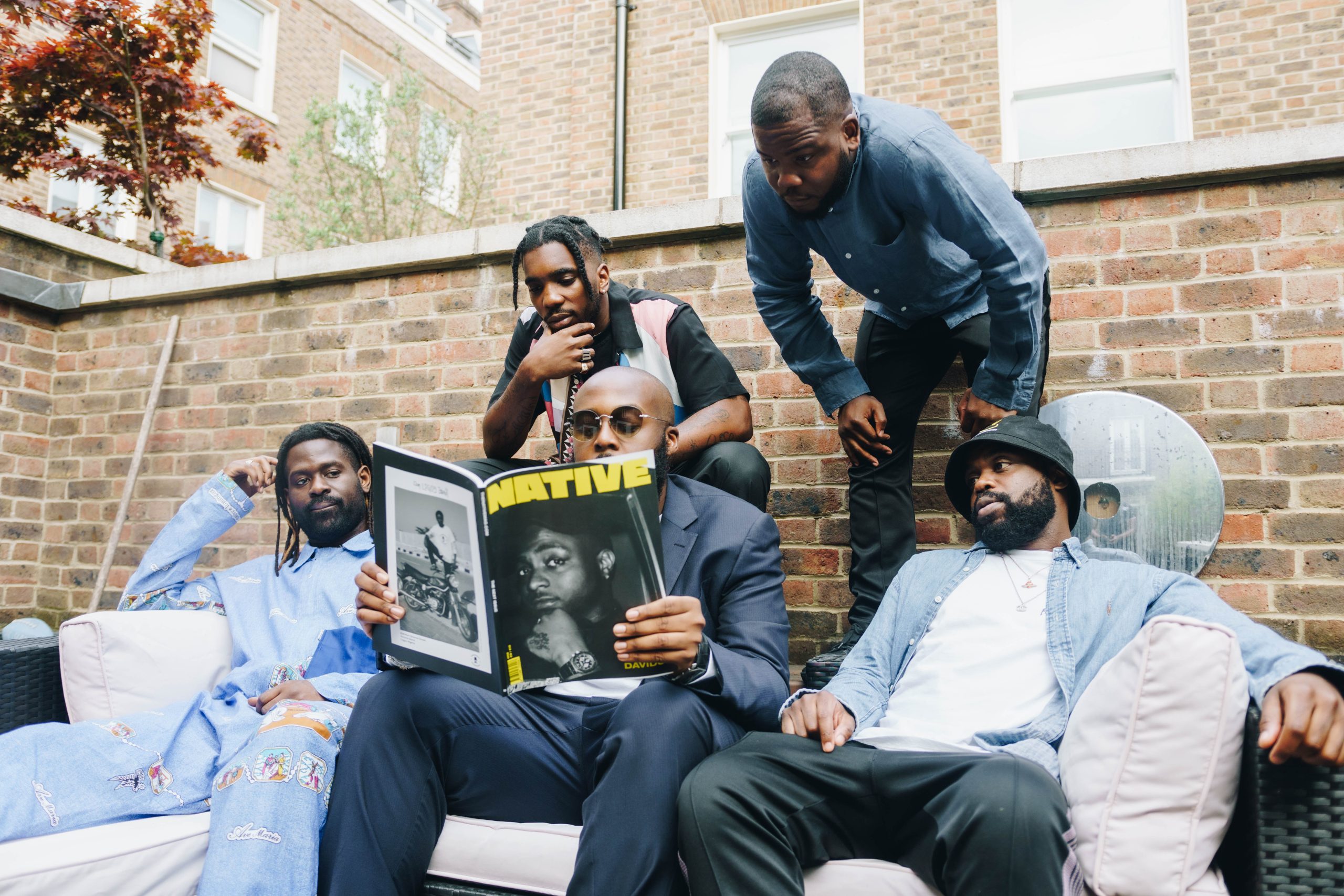 With their sturdy efforts getting steadier, the NSS has now curated their debut compilation sound piece, a 15-track album dubbed, NativeWorld, which features an eclectic blend of sonics from acts across Nigeria and Europe. And the duo believe this new record is set to bolster their mission to spread the gospel of radicalism and free-spiritedness across the global art community.

“The essence was to create a world of the sounds of the Native. We wanted to bring everyone into our own world. The entire album is dissected into the Nigerian seasons. There is a section called the rainy season. There is another called Harmattan. There is music for summertime and then, Xmas. We wanted to break the album down into those sections that reflect different vibes from where we are from.

“Obviously, because we made a majority of the songs on the album between Lagos and London that had a sort of cohesion with the kind of artistes we were working with, whether they were up and coming at the beginning of their journey or some of the world’s biggest stars. It was really about combining all those worlds,” Teezee explained.
Recorded over a span of two years, the album features a star-studded line-up of 35 different artistes, such as Lojay, Ayra Starr, Obongjayar, Cruel Santino, Alpha P, ShowDemCamp, among others. 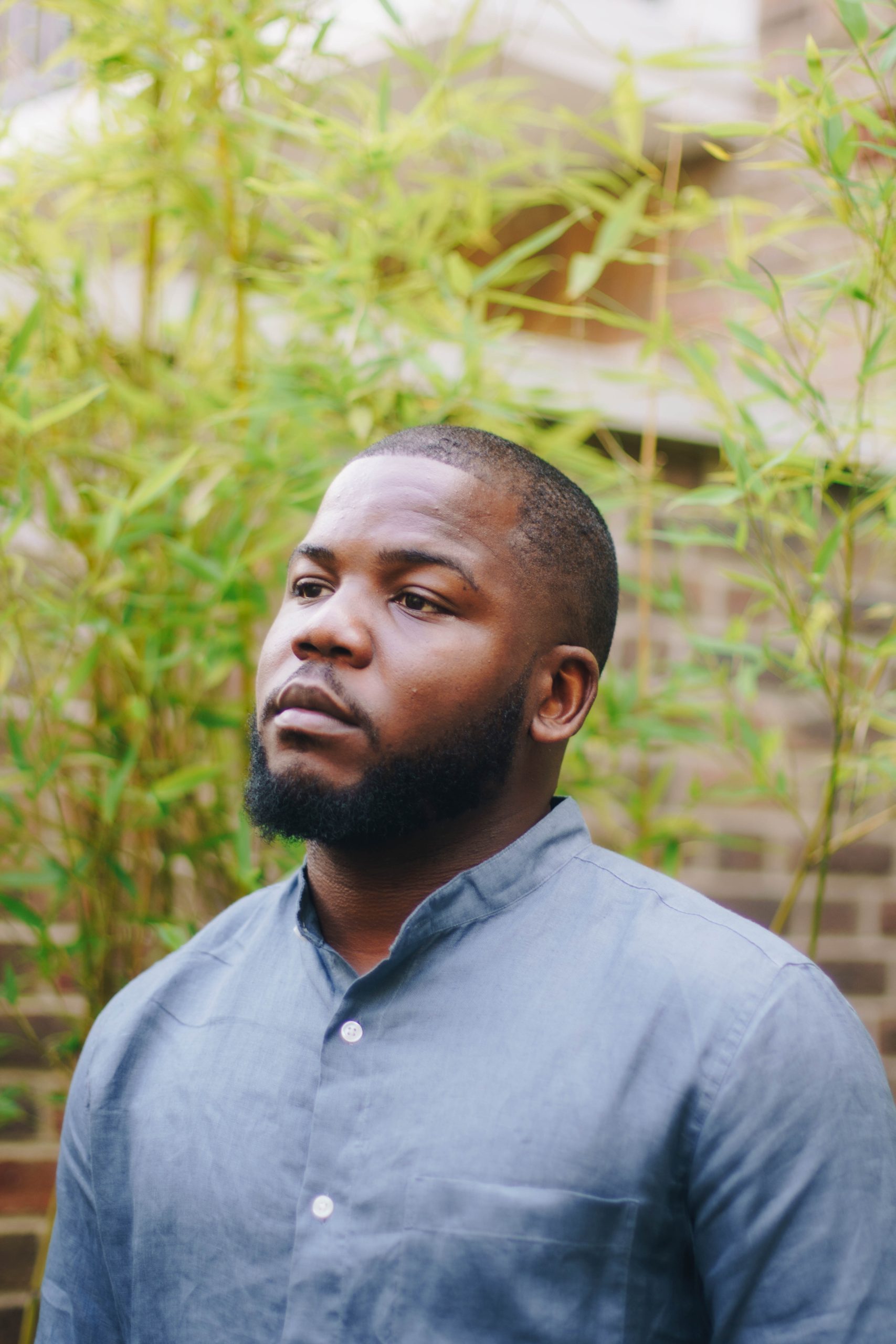 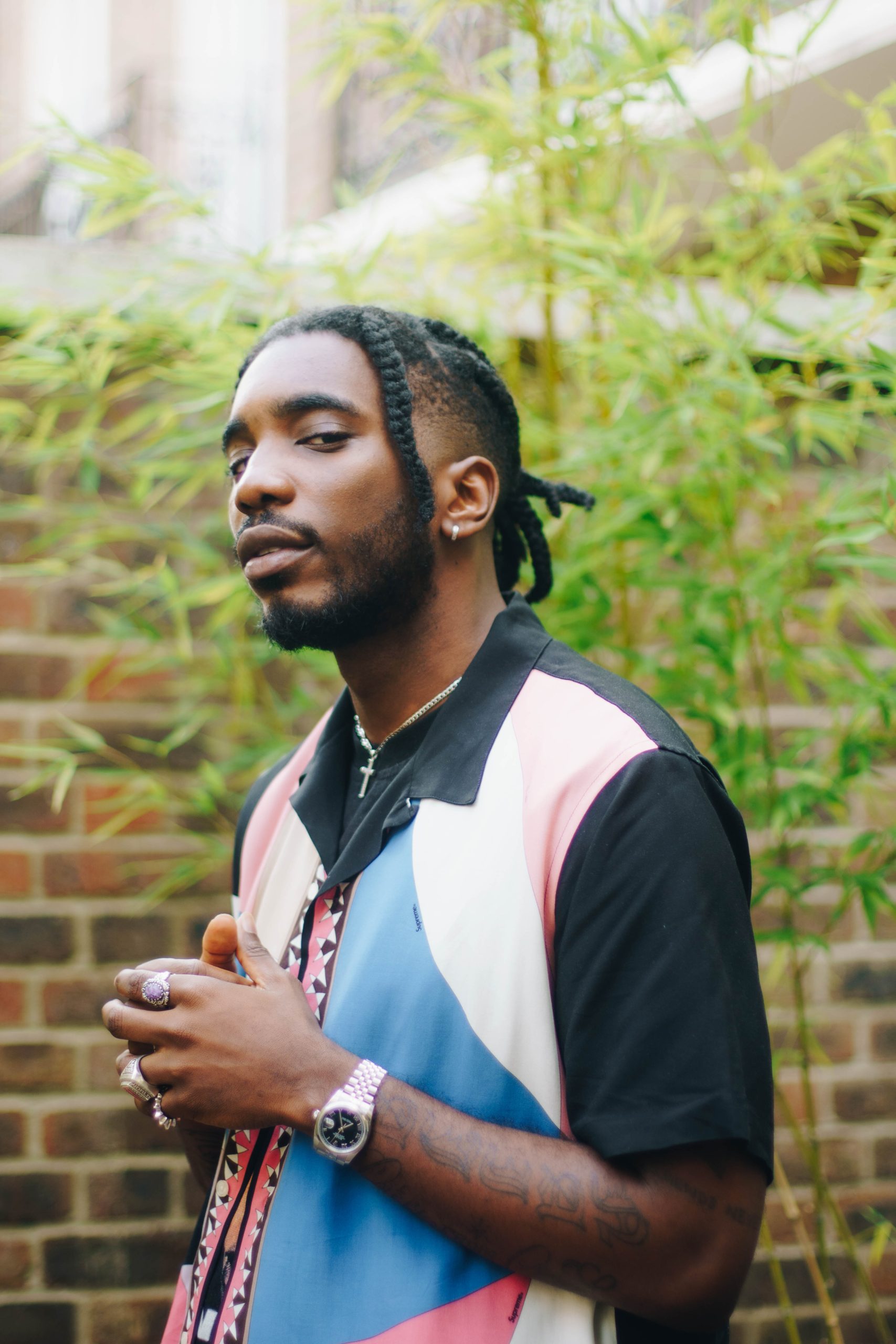 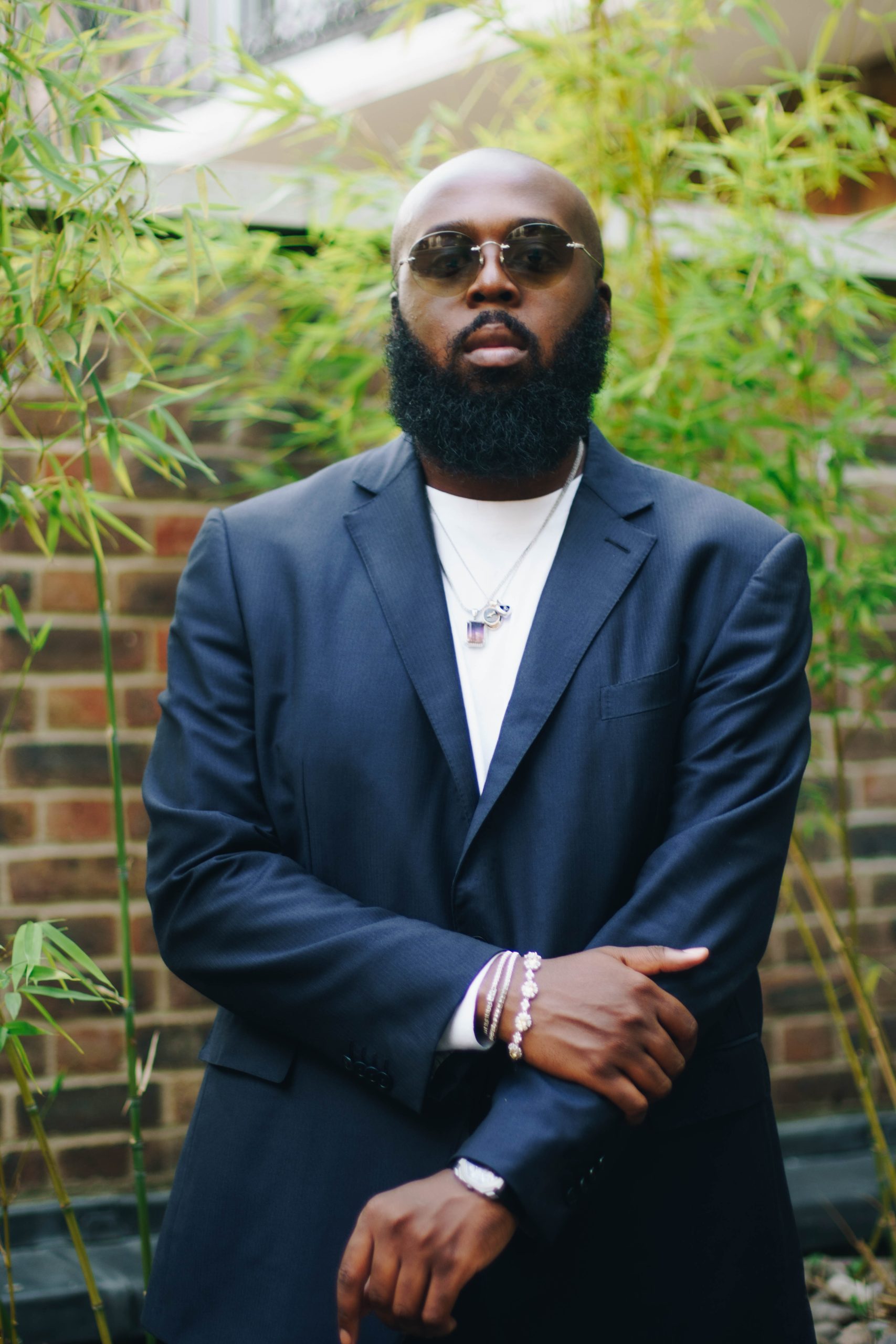 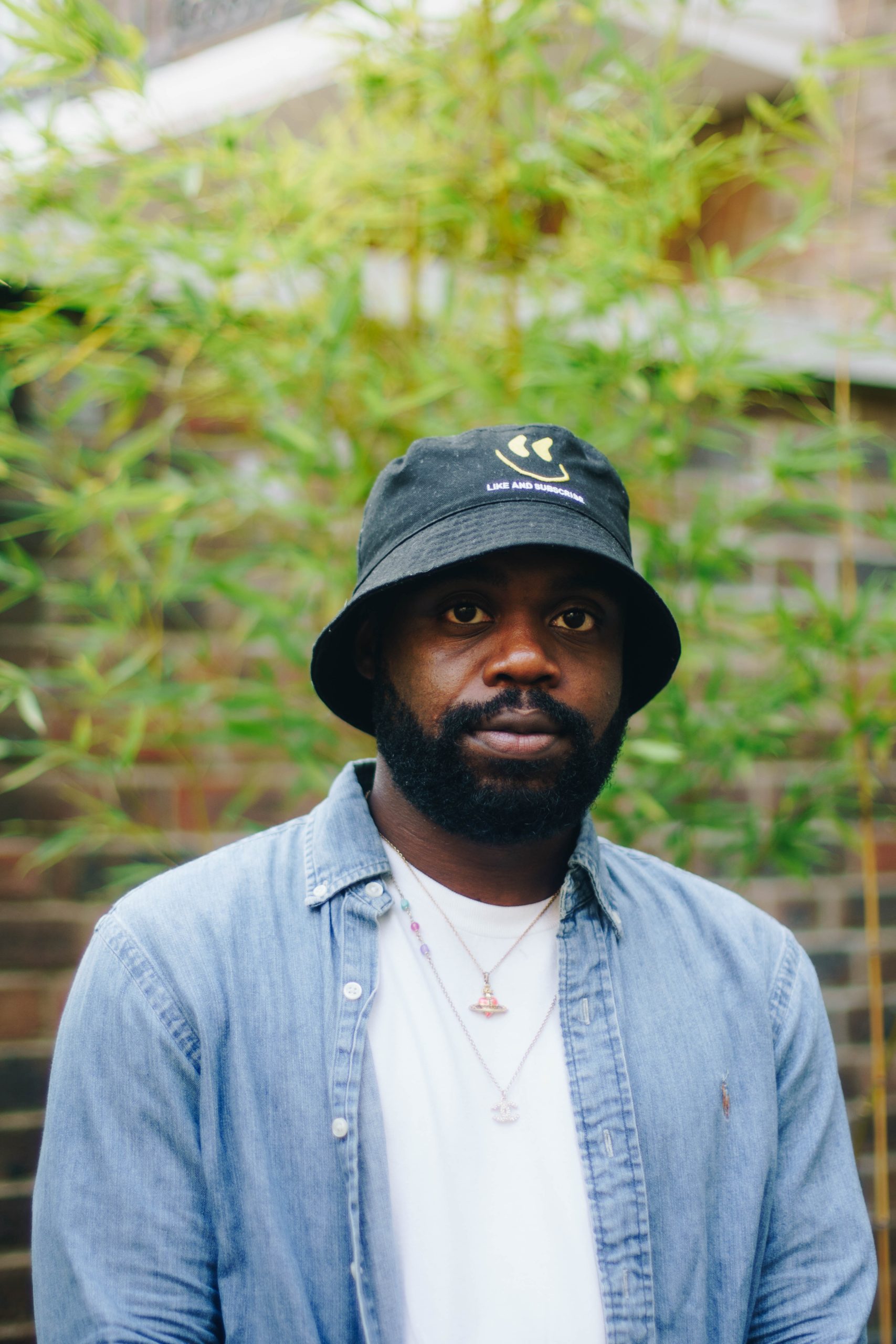 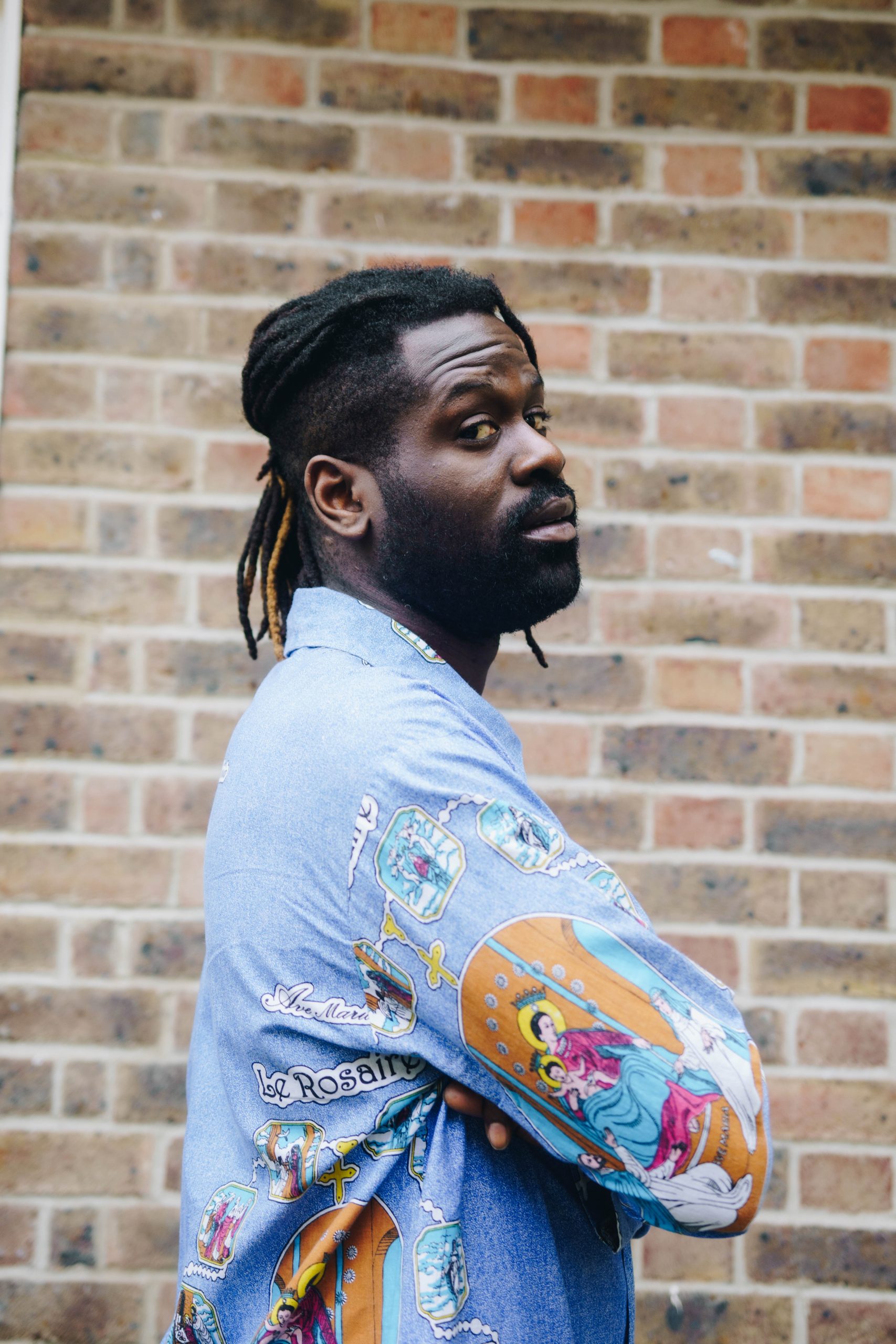 “We spent the best part of Covid, which is about a year and a half, renting Airbnbs, with a lot of artistes who were upcoming then but are now popular artistes. We were just working on this album,” Sholz noted.
From Amapiano to RnB, to Pop, Ragga, Dancehall, Rap, and Disco Funk, the album is an eclectic pantry of sounds that feed the feet and fete the soul. Sholz explains that the album’s creation was intentional, like everything else in the NSS.

“For the creative direction, it was kind of pretty radical. We just sat around having a bunch of musical camps, in London, and in Lagos. It was just this idea of us being fans of music and having read about these types of multi-artiste camps that Kanye West was doing one time, for My Beautiful Dark Twisted Fantasy, or all of those other albums.

“So, it was like when we wanted to work, we had been influenced so much by that music and style and we wanted to take that approach into making our own compilation. We just got everyone in the house and made a bunch of music. From that music, we just started curating. We just started building from there and getting bigger artistes involved. I really enjoyed it and learned so much about music and our community. It took us into the next phase of our journey. So, it was a great process,” he said.

Native Is Home For All

Like many contemporary mainstream acts, Lojay of “Monalisa” fame was discovered by the NSS before he gained notoriety. At the heart of their mission is a pulsating hunt for radical, progressive and exceptional talent. For the NSS, they want to make the alte community to be a home for the artistic misfits and non-conformists.

“The lead song on the album, Runaway, was a good symbol of what the album really is about, putting different people and their sounds together for people who haven’t really heard them before. For instance, we had started recording with Lojay, in September 2020, and that was before he even dropped his breakout record, Monalisa. Ayra Starr recorded her verse on Runaway, almost a year after Lojay did his first demo of it.

“At the end of the day, making this album was very organic. There are conversations I was having with a Rema or Santi, where they are talking about how they feel the Native Sound System project as a form of escapism. They can try things on this album that they might not be able to do on their own solo projects.” Seni said. 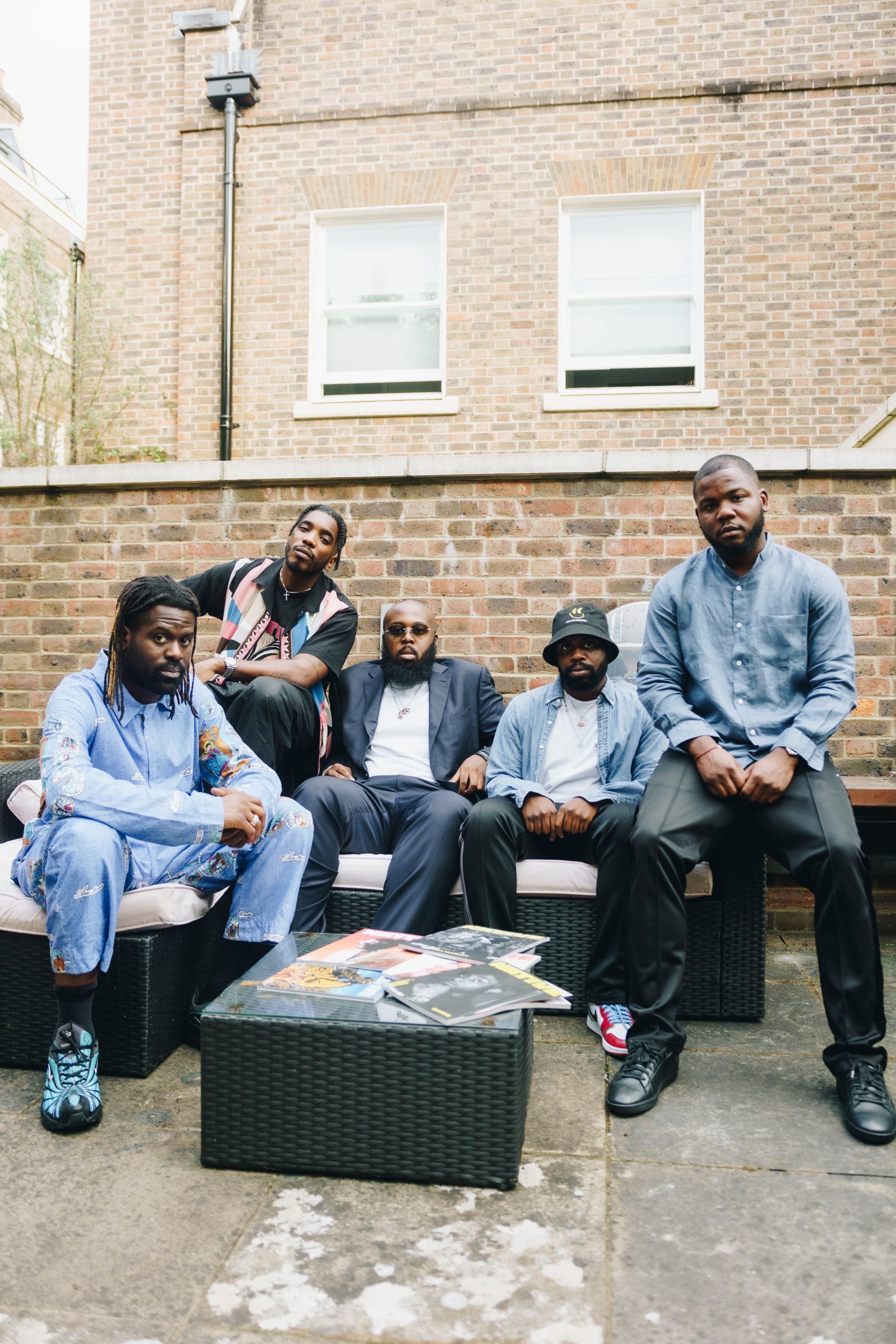 And for Teezee, the most important aspect of being a home is being a safe space. “I think, for us, it was just to create a safe space where people in our community could thrive. I saw that there was a need for that in the market. Before we even formed The Native, Seni had been doing shows for up-and-coming and established artistes, in London and Lagos. He brought Virgil Abloh to Nigeria for the first time while he was still performing and bringing DRB Lasgidi on stage. So, we just put our eggs in one basket and created something that was bigger than ourselves,” Teezee noted.

“I feel the Alte has definitely become very merged with the mainstream. At the end of the day, Alte was never a sound of music; it was just a type of way you went about your career, non-conforming to what the mainstream really wanted. I think almost every artiste that comes out now is being influenced by the alte community, whether it is in their fashion choices or in the type of beats they use for their music, or saying things that people would not expect. I don’t think that there is a subculture that has had a bigger influence on Nigerian music in the last 15 years than the alte community,” Seni said.

Has mainstream contemporary Nigerian music been influenced by the same sense of radicalism that undergirds the Alte community?

“You mention the word ‘radicalism’; like things that are seen as normal now were, at some point, seen as radical. If you listen to albums like Made In Lagos, this is stuff that, if they came out six or seven years ago, people would have called it Alte. Now, those are seen as normal. That is the biggest testament to everything we have covered and done ourselves.”

While Sholz takes a different glance at things, noting that “it is really important to have that balance between the two sounds,” he also hopes that the project would inspire “every artiste to have the confidence to be themselves.”

The Alte community has also been under fire for their eccentricities, which some people struggle to understand. From their fashion style, to their synth-y sonics and their abstract artsy accompanying visuals, the entire community has been criticised repeatedly by not just fans but also industry gatekeepers.

For the NSS, this doesn’t distract them from their goals, in any way. Teezee explains that “We are not getting distracted by what the naysayers are saying. We are where we are today, because we believed in ourselves and in our community, and we believed in our sound. The only way is up from here.”

The Brotherhood in the cinemas across Africa

Stakeholders set for ban on use of foreign models, voice-over artists