South African Precious Moloi-Motsepe, one of the richest women in Africa, is a staunch promoter of fashion designers from the young, vibrant and culturally diverse continent. Style has coursed through her veins since she was a young girl growing up in Soweto township, and for her, the time is ripe for “African designers to shine”… 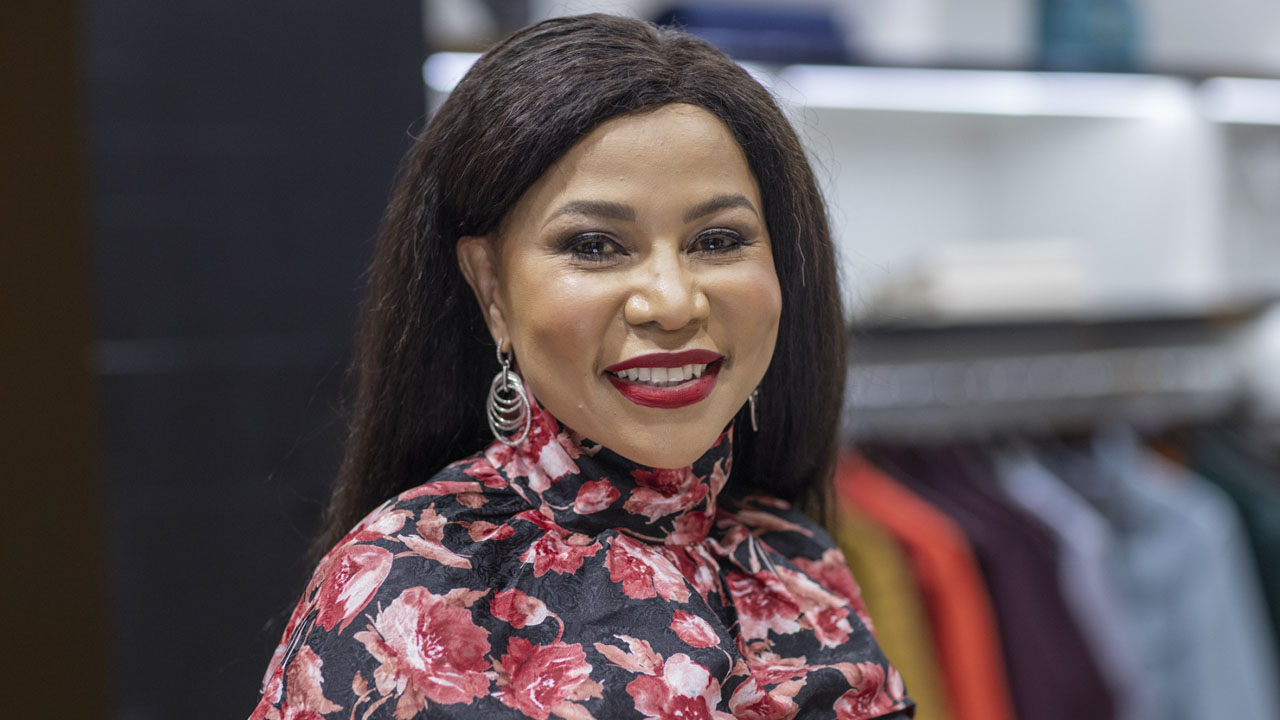 Precious Moloi-Motsepe poses for a portrait at the African Fashion International (AFI) boutique in Sandton on November 17, 2022. – She is one of the richest women in Africa and the tireless promoter of fashion designers in a young, vibrant and culture-rich continent. (Photo by Michele Spatari / AFP)

South African Precious Moloi-Motsepe, one of the richest women in Africa, is a staunch promoter of fashion designers from the young, vibrant and culturally diverse continent.

Style has coursed through her veins since she was a young girl growing up in Soweto township, and for her, the time is ripe for “African designers to shine” on the international platform.

A decade-and-half ago, she founded the Johannesburg and Cape Town fashion weeks that bring together designers from across the continent with the aim of setting them up for the global stage.

Her goal is now starting to bear fruit, she told AFP with a confident smile, at a brand new luxury boutique in an affluent district of Johannesburg, South Africa’s economic capital.

“Now more than ever, African designers are getting recognition here at home,” said the 58-year-old, elegantly wearing her make-up and a flowing black trousers with a silk blouse.

With her husband, Africa’s the 9th richest man according to Forbes, they are South Africa’s most prominent “power couple”.

Elsewhere, “celebrities, Michelle Obama or Beyonce,… now wear African brands,” she said, adding that the Wakanda phenomenon, linked to the Black Panther movie has “spread our culture, our heritage, to the world. That has an impact on driving fashion as well”.

Moloi-Motsepe grew up in Soweto, a poor township that was a hotbed of resistance to the apartheid regime. It was there where she acquired a sense of style.

“My grandmother made her own clothes,… and she wore that so elegantly,” she said. Soweto “people loved to dress up”, albeit closely shaped by and following American trends and brands.

Later on she had an opportunity to travel and attended a Paris fashion show by the talented designer John Galliano.

It was a shocking eye-opener, realising that designers “get their inspiration from history, heritage, culture, which I thought Africa had plenty of”.

Africa seemed to be a source of inspiration for Western designers, “but I didn’t see many African designers on runways,” she said.

– ‘Changed mindset’ –
That was the trigger to create a space to “propel the best of African creators to global acclaim” a project that the medical doctor-turned-philanthropist and creative art financier, set about with vigour.

“First I had to make sure that they were well-recognised here at home, that we changed mindsets, make people appreciate and value African fashion designers,” not just as tailors but as respected designers.

That was an ambitious challenge, not yet realised but well underway.

“African consumers are now recognising their own designers are as valuable as any of the brands they buy globally,” she said.

One of those showcasing at the fashion week in Johannesburg last week was Cameroonian fashion designer, Anna Ngann Yonn whose label Kreyann is making a name for itself in Afrialsoca and beyond.

The fashion weeks she launched in South Africa, featuring supermodels such as South Sudanese Alek Wek and prestigious guests from New York, Milan and Paris, have enabled designers to “showcase their work, network with other designers, get attention from media”.

The next leg of the mission is to take them to “international platforms” to ensure the presence of Africa in the global fashion dialogue. Africans in the diaspora are serving key role as ambassadors.

The entrepreneur remembers taking some African designers to exhibit in Paris on the sidelines of fashion shows a few years back.

Some the feedback was “positive, some not so positive,” she said, laughing softly. But “we took that as step in the right direction”.

“What was important for the young designers and what we thought were established designers back then, and still now, is the voice,” said Moloi-Motsepe.

Africans remain under-represented among the major global brands. And in many parts of Africa, sporting foreign brands is still a symbol of social success, she agreed.

“We have a lot of work to do,” she said, but the African fashion advocate is not discouraged.

‘Benefits of digital economy for Nigeria and Africa are enormous’