Undeserved assault on the bureaucracy – Part 3

He returned to Nigeria in 1927 after finishing his studies in tropical medicine and joined the colonial medical services as a medical officer. He subsequently became a surgeon specialist and senior specialist in the service, where he gained acclaim as a skilled surgeon. Though he received various offers for administrative positions early on, he continued his surgical work for more than 18 years. While practising as a surgeon, he invented an excision knife to treat tropical ulcers. 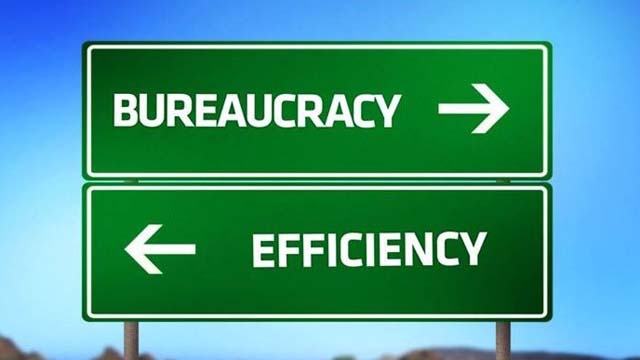 In 1954, he became fully involved with the Nigerian public service when he was appointed the Chief Medical Adviser to the federal government of Nigeria. He later went on to become a member of the Privy Council of the Federation of Nigeria, President of the Association of Surgeons and Physicians in West Africa and the first Nigerian Commissioner of the Federal Public Service Commission.

As Inspector General of Medical Services, he worked assiduously for the establishment of a University Teaching Hospital in the country. The result was the creation of UCH, Ibadan”.

On September 27 1975, he retired and was given two weeks’ notice to pack out from the government quarters in Ikoyi allocated to him since 1953. Sir Manuwa had nowhere to go. In the end, he packed some of his things to a house in Surulere, Lagos. The stress and humiliation were too much for him to bear. He died six months after his retirement. There were several examples of public servants who had the same experience as Sir Manuwa.

The tragedy of it was that there were no queries issued to these public servants before their retirement. In short, they were caught unawares. Till today both the military and the civilian governments have indulged in the sudden retirement of public servants.

The assault on the bureaucracy is even more alarming in Federal Civil Service today. The Ministers now control their ministries as if it is their personal empire without regard to Rules and Regulations. There is the case of a female Minister who appointed her daughter as a personal assistant and directed all those connected with the ministry to take instruction from her daughter instead of the Permanent Secretary. Regulations, I am told are no longer followed. There is lack of co-ordinations among various organs of government.

Today if the Ministers do not humiliate the bureaucrats, it is the members of the National Assembly that constantly humiliate them, also, especially at committee hearings. I read in the media recently, a Minister suspended the Managing Director of a parastatal under him. The Minister got the President’s approval to probe the Parastatal before suspending the managing director. On his own, the Minister constituted the committee to probe the managing director.

No one is defending corrupt officers but regulations must be followed and I asked myself in all of these and many instances, where is the Federal Civil Service Commission or the office of the Secretary to the Government of the Federation or the office of the Head of Service of the Federation? If any punishment is to be carried out in Federal Public Service, these three must be involved. I remember in the year 2000, the Head of Service, Mr. Abu Obe, circulated revised editions of the financial regulations and public service rules.

The regulations and the rules are commandments which public servants must constantly adhere to. Since 1976 when the Financial Regulations were last reviewed and published, the conduct of Government business has undergone many transformations. From the mid-1980s especially, anyone with the slightest idea about how the machinery of good government should work would have noticed that the time-tested ways of conducting Government business have degenerated and fallen apart.

Compliance with the Public Service Rules and Financial Regulations has been jettisoned and instead, regimes of indiscipline, disorder and arbitrariness were established. All the elements that enhance the efficiency, reliability and continuity of the system have been tampered with, resulting in major and severe setbacks for the conduct of Government business. Government business was operated as if laws and rules no longer existed to gov

Public funds were disbursed illegally without recourse to the Financial Regulations; facilities of the Central Bank of Nigeria (CBN) and the Nigerian Security Printing and Minting Company (NSPM) were recklessly abused, and the Contingencies Fund was used without regard to the rules governing its operation.

A substantial number of public officers behave as if there are no rules and regulations that govern their conduct. This attitude has of recent been compounded by the seemingly deliberate and sustained acts by the Heads of Governments of military regimes to destroy all systems of proper conduct. Our laws have always been very clear; public affairs must be conducted according to stipulated rules and procedure. There must be no doubt that these rules apply to all public servants including the President.

Accordingly, the attention of all public officers is invited to the very first Rule, which stipulates that: “These Rules apply to all servants except where they conflict with specific terms approved by the Federal Government and written into the contract of employment or letter of appointment.

In so far as the holders of the offices of the President, Vice President and others mentioned in section 84(4) of the Constitution are concerned, the Rules apply only to the extent that they are not inconsistent with the provisions of the Constitution of the Federation in so far their conditions of service and any other law applicable to these officers are concerned”. Public Service Rules by themselves will not lead to good governance if they are not backed by political will and the preparedness of the government to impose total adherence to these Rules to promote the public good.

I am aware that certain public officers have been accused of corruption and embezzlement, in fact, Alhaji Ahmed Idris, the former Accountant-General of the federation is among those accused. Even his predecessor, Jonah Ogunniyi Otunla is also accused of the same offence.

Recently, the Permanent Secretary in the Ministry of Labour and Productivity, Mr. Clement Iloh was jailed for four years for a similar offence. There are many more also accused of similar charges and whose cases are still pending, they cannot be more than one per cent of the entire Civil Service.

But like others who are corrupt, these are cases that could be likened to exception and exception cannot prove to be the rule.

Who will vote for Inuwa Yahaya?

Boundaries and titles: The legal angle

Cashless economy: Infrastructure is it